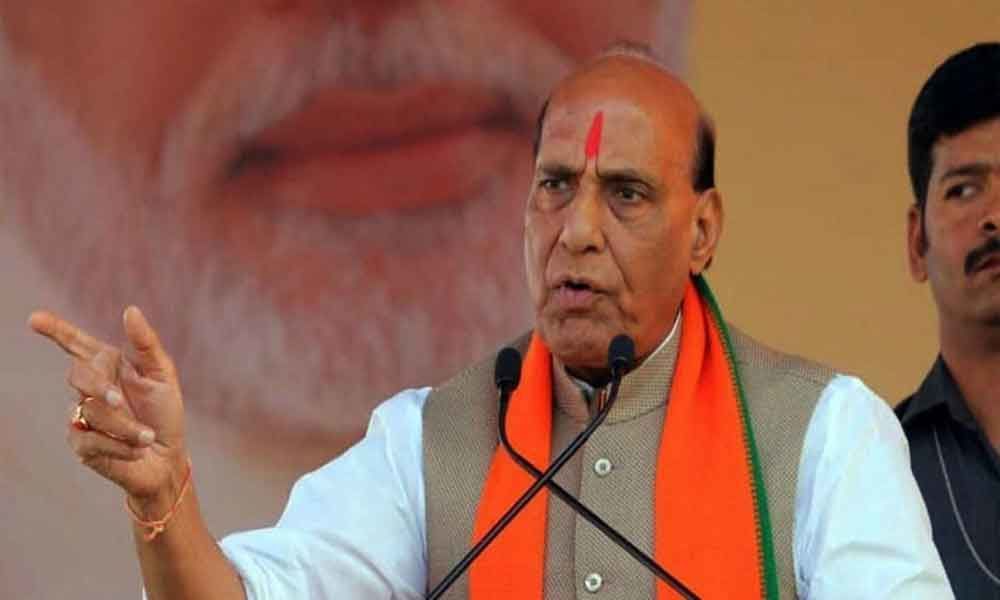 Singh said Congress had made several promises but did not fulfil them.

Bikaner: Union Home Minister Rajnath Singh on Sunday said that the day India will be free from Congress, it will become poverty-free.

Singh said Congress had made several promises but did not fulfil them and "if someone" has to learn to reduce poverty then they should take lessons from Prime Minister Narendra Modi.

"Turn the pages of history and you will find that Congress made several promises but did not fulfil them. People can take lessons from Prime Minister Narendra Modi how poverty is reduced," the home minister said during an election meeting in Kolayat area of Bikaner in support of BJP nominee Arjun Ram Meghwal.

He said, "The day India will be free from Congress, it will become poverty-free."

Talking about the Balakot airstrike, Singh said India is not a weak country but a few people are questioning the number of terrorists killed in the February 27 airstrike.

"Army jawans do not counts the bodies, those who are eagles count them," he said.

The home minister said that if former prime minister Indira Gandhi can be praised post 1971 war with Pakistan, why can't PM Modi be applauded for giving a befitting reply to Pakistan.