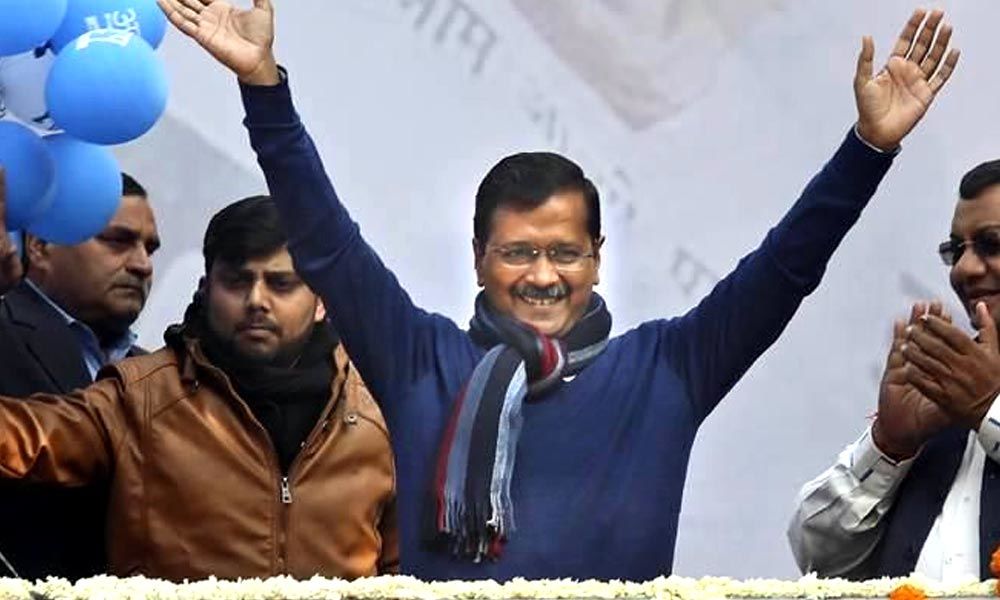 After scripting a remarkable victory in the Delhi elections, chief minister Arvind Kejriwal, in his victory address, sent a clear message. If one...

After scripting a remarkable victory in the Delhi elections, chief minister Arvind Kejriwal, in his victory address, sent a clear message. If one reads between the lines, it doesn't take much to see that Kejriwal suggested that his triumphant march would not end with Aam Aadmi Party's (AAP) Delhi win.

Arvind Kejriwal remarked that the outcome of the Delhi polls had determined the future course of politics and elections in the country. Elections in the future, the AAP supremo asserted, would be fought on the basis of development issues such as water, electricity, schools, hospitals, women's safety and the happiness of farmers. Bringing in a nationalist pitch, Arvind Kejriwal said these issues would keep the tricolour fluttering high.

Senior minister in the AAP government, Gopal Rai, hinted at the national aspirations of the Kejriwal-led outfit when he told the media that the party would launch a countrywide nation-building campaign. The big question is will AAP be able to expand its footprint on a national scale? Does it have the wherewithal in other states? The party did poorly in previous elections, as in the case of Punjab and UP. Looking beyond Delhi, have things changed for AAP?

Arvind Kejriwal attributed his victory to the people of Delhi. Borrowing a leaf from PM Modi's playbook, as he did during electioneering, he invited bus marshals and sanitation workers to the swearing-in ceremony. Again, with slogans of "Bharat mata ki jai" and "Vande Mataram", he drove home the message that AAP is a party driven by nationalism as much as anyone else.

The newly sworn-in chief minister of Delhi sounded magnanimous when he said he forgave his rivals (read BJP) for their vicious comments about him during the election campaign. Arvind Kejriwal also sought PM Modi's blessings for the development of Delhi. Kejriwal's previous stint was marked by a series of face-offs with the Centre and Lieutenant Governor Najeeb Jung.

He asserted that he is the chief minister for everyone in Delhi regardless of their political affiliations. The evolution of AAP from this point on will be a subject of interest to political observers.