BJP won't remove Article 370 from J&K even if it rules for 100 years at Centre: Azad 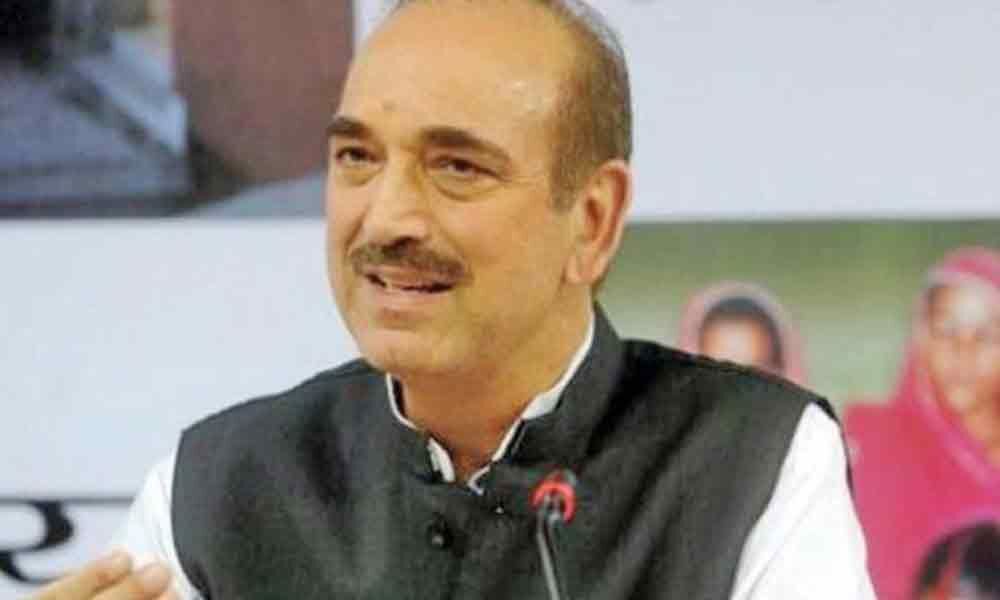 The senior Congress leader also said Rahul Gandhi's candidature for the PM post was important but it would be achieved through consensus.

Una: Senior Congress leader Ghulam Nabi Azad claimed that Bharatiya Janata Party (BJP) will not remove Article 370 from Jammu and Kashmir even if it stays in power for 100 years at the Centre.

"BJP will not remove Article 370 from Jammu and Kashmir even if it stays in power for 100 years at the Centre, I can assure you. It was in no mood to do that even when Atal Bihari Vajpayee government was in power," Azad told reporters addressing an election rally here on Friday.

He also said Azhar Masood's release by the BJP government was not a major point in the ongoing elections.

"Masood Azhar's release by the previous BJP government is not an important point in the ongoing elections. These are useless points being raised just to create drama, our topics for elections used to be whether poverty has been wiped out, unemployment ended," he said.

The senior Congress leader also said Rahul Gandhi's candidature for the Prime Minister's post was important but it would be achieved through consensus.

"We are aiming for 273 plus seats so that there is no confusion but even if we don't achieve that we would like to form the government with the other parties. Rahul Gandhi, being the leader of the biggest party in the country, would be an ideal candidate for the PM post," he said.

Earlier on Friday, Azad appeared to have made a u-turn saying his party must be given a chance if a stable government is needed at the Centre, in remarks that came a day after he had said that Congress was only keen on defeating NDA and the prime minister's post was not its primary concern.