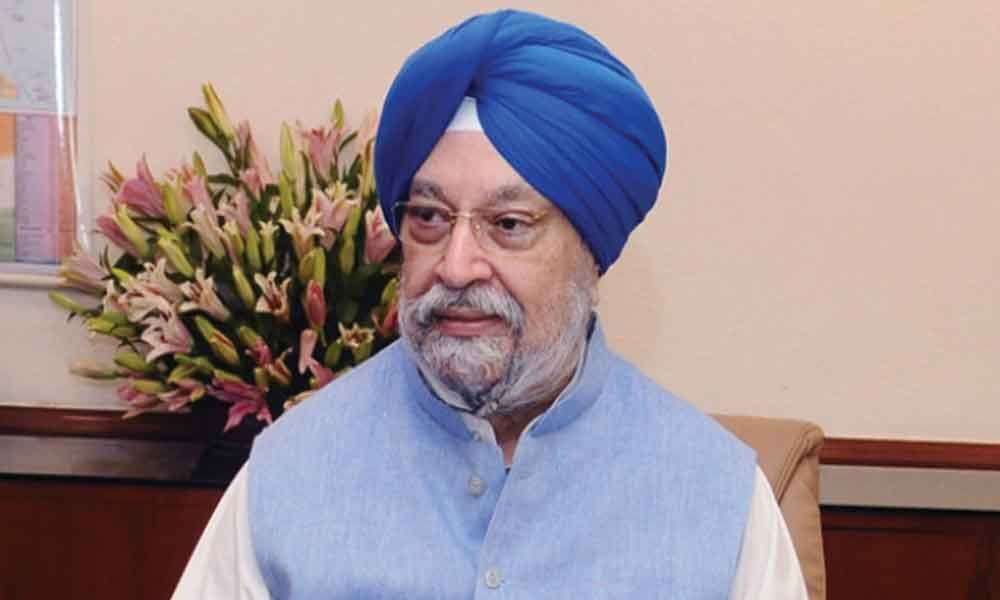 Union Minister of State for Housing and Urban Development and the BJP's candidate for Punjab's Amritsar Lok Sabha seat, Hardeep Singh Puri, has been trailing his rival and Congress candidate Gurjit Aujla, as per available trends.

Chandigarh:Union Minister of State for Housing and Urban Development and the BJP's candidate for Punjab's Amritsar Lok Sabha seat, Hardeep Singh Puri, has been trailing his rival and Congress candidate Gurjit Aujla, as per available trends.

The diplomat-turned-politician Puri is facing a tough fight in the constituency dominated by the Jatt community, say political observers.

Moreover, with the Congress at the helm in the state, Puri has an uphill task.

Often accompanied by the Punjab BJP President Shwait Malik and other party leaders, Puri carried out a massive campaign in Amritsar from where the current Union Finance Minister Arun Jaitley suffered an embarrassing defeat in the 2014 Lok Sabha elections at the hands of Congress leader Amarinder Singh.

Earlier in the day, the Amritsar-born Puri, who is a non-Jatt Sikh, said he would "abide by what he (the almighty) decides".

"Everyone is subject to Hukam; no one is beyond it. O Nanak! One who understands Hukam, does not speak in ego," Puri tweeted.

"As I wait for the result, I shall with no doubt, remorse or ego abide by what he decides," he added.

Amarinder Singh, who is now the Chief Minister, had won this seat by a margin of more than a lakh votes in 2014 by defeating Jaitley. At that time, the SAD-BJP combine was in power in the state.

The Amritsar seat was represented by cricketer-turned-politician Navjot Singh Sidhu from 2004 to 2014 when he was with the BJP. Sidhu is now a cabinet minister in the Congress government in Punjab.

Following his win in Amritsar, Amarinder Singh led the Congress to a thumping victory in the Punjab elections in February 2017.

He quit as the Amritsar MP before the Assembly polls and Aujla was fielded by the Congress for the by-election, which the latter won by over 1.97 lakh votes, defeating the BJP and Aam Aadmi Party candidates in a triangular fight.