Blast in Pakistan, quake in Nepal grounds for advocates strikes for over 35 yrs irk SC 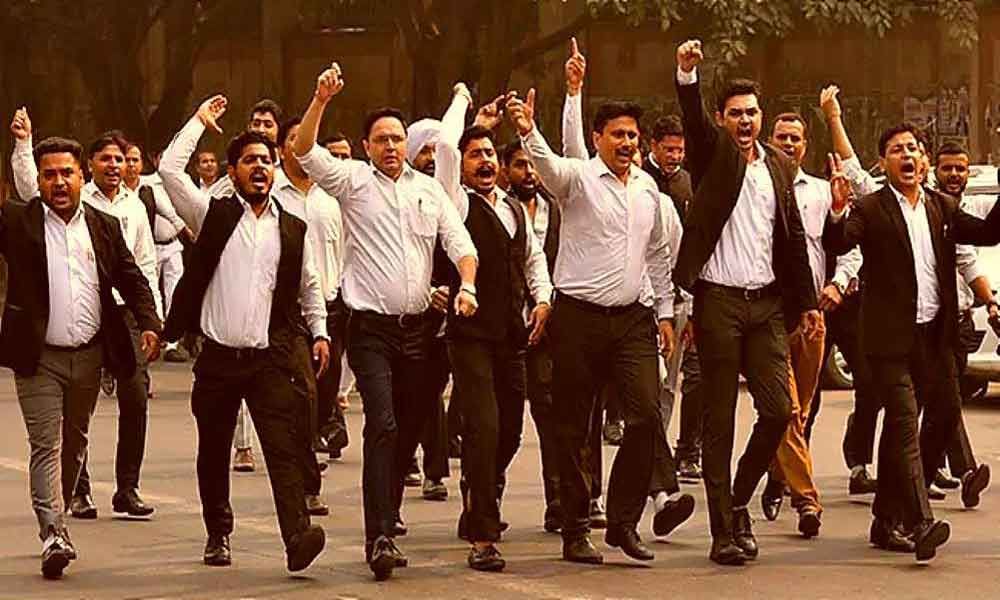 New Delhi : Strikes by advocates for 'flimsy reasons', like bomb blast in a Pakistan school and earthquake in Nepal, on all working Saturdays for more ...

New Delhi : Strikes by advocates for "flimsy reasons", like bomb blast in a Pakistan school and earthquake in Nepal, on all working Saturdays for more than the past 35 years in three districts of Uttarakhand has caught the attention of the Supreme Court which rapped them for resorting to such a "joke".

The issue came to the notice of the apex court while it was hearing an appeal against the verdict of the Uttarakhand High Court which had held as "illegal" the strikes or boycotts of court work on all Saturdays by lawyers in Dehradun and in several parts of Haridwar and Udham Singh Nagar. In its September 25, 2019 verdict, the high court had referred to the 266th report of the Law Commission, which had analyzed data on loss of working days on account of strikes by lawyers and had opined that it affects functioning of courts and contributes to the ever mounting pendency of cases.

As per information sent by the high court to the Law Commission with respect to Uttarakhand for 2012-2016, advocates were on strike for 455 days during this period in Dehradun district, followed by 515 days in Haridwar district. Referring to the Law Commission's report, the high court had noted that strikes by advocates or their abstinence from courts varied from local, national to international issues, having no relevance to the working of the courts, and were seldom for justifiable reasons.