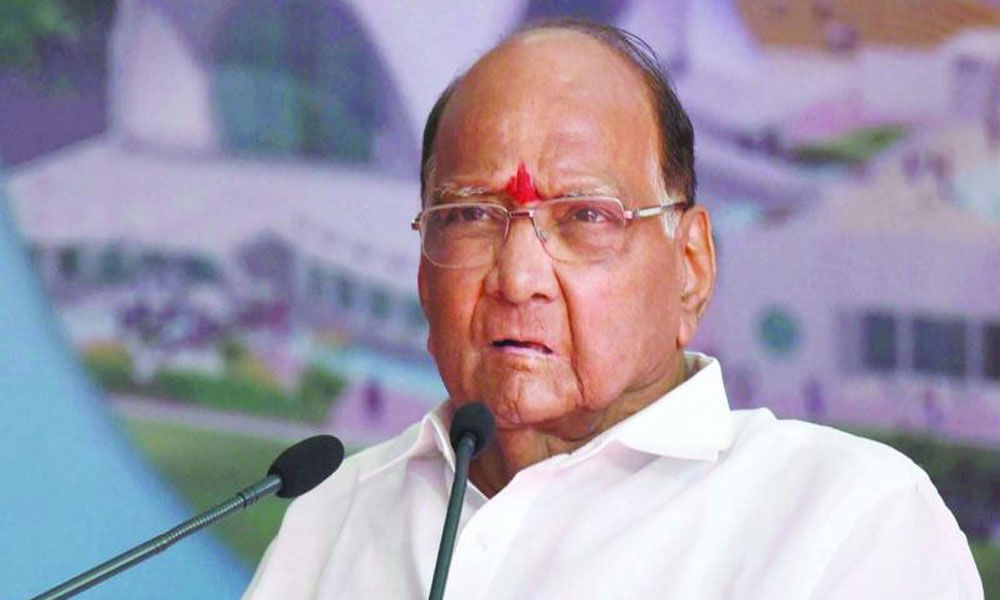 Days after having unanimously decided to go it alone in Delhi, the Congress is again mulling options to align with the Aam Aadmi Party in the national capital, with NCP leader Sharad Pawar actively involved in getting the two parties together.

New Delhi: Days after having unanimously decided to go it alone in Delhi, the Congress is again mulling options to align with the Aam Aadmi Party in the national capital, with NCP leader Sharad Pawar actively involved in getting the two parties together.

In this context, AAP leader Sanjay Singh met Pawar Tuesday at the latter's residence and held discussions over seat-sharing with the Congress and in taking steps to get all parties together and fielding a common candidate in all the seats to defeat the BJP in Lok Sabha elections.

Sources said the Congress leadership is also in talks with AAP leaders and senior leaders within the party are trying to convince Delhi Congress leaders for an alliance with the Arvind Kejriwal-led AAP.

The Congress had earlier decided to go alone in Delhi after talks with AAP failed and local leaders favoured that the party contests LS polls alone. The Delhi Congress leaders felt that "saving" the party was crucial in Delhi in view of impending assembly elections in the state slated later.

The Congress has also failed to forge an alliance with left parties in West Bengal and has been kept out of the 'mahagathbandhan' (grand alliance) of SP-BSP-RLD in Uttar Pradesh. It is learnt that the Congress-RJD seat-sharing is also in troubled waters as the two parties did not declare their candidates on March 17 as promised earlier.

AICC general secretary in-charge of Delhi Congress, PC Chacko, said: "I am in consultation with Congress party leaders in Delhi on the possibilities of forging an alliance with AAP.

"The Congress Working Committee has decided to align with like-minded parties across the country to defeat the BJP in Lok Sabha elections.

"I hope Delhi Congress leaders also go by this sentiment and decide on an alliance with AAP, but a final decision will be taken by the Congress president very soon," Chacko told PTI.

Chacko's views are at variance with Delhi Congress president Sheila Dikshit, who has made it clear that aligning with AAP will not be in the party's interests keeping in view the assembly election in the national capital slated later.

AAP leader Sanjay Singh also told reporters after meeting Pawar that with the Constitution, democracy and the country in "danger" under the Modi government, attempts should be made by all opposition parties to unite and come together to fight it out.

"The party can be saved later....there will be enough time to save the party. Right now the attempt should be to save the country and democracy, which is in danger due to the Modi government," he said, without giving details of his meeting with Pawar.

The talks of Congress-AAP alliance gained ground after a meeting of opposition leaders at Sharad pawar on February 13, which was attended by both Rahul Gandhi and Arvind Kejriwal, besides Mamata Banerjee. It was here that Pawar proposed that AAP and Congress come together and thereafter talks started between the two leaders. .

Chacko said some senior leaders in Delhi, who think defeating BJP is the party's immediate responsibility and for which an alliance should be forged with AAP, have written to party president Rahul Gandhi on the matter.

He, however, said Gandhi will take a final call shortly after consultations within the party."I hope our Delhi leaders also follow the policy decision of the CWC. I am talking with them and trying to convince them about this, but if they still decide not to forge an alliance, it is up to them," he said.

The party has announced it will go it alone in Delhi after the Delhi Congress unit told Gandhi that aligning with AAP in LS polls was not in the party's interests.The Lok Sabha elections in Delhi are slated for May 12.