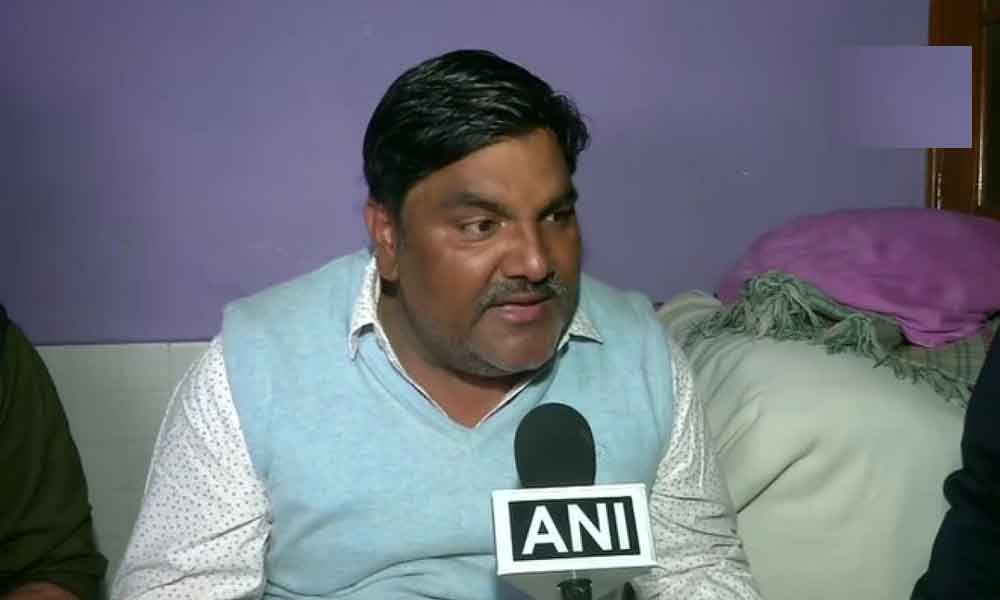 The Aam Aadmi Party (AAP) on Thursday suspended its Corporator, Tahir Hussain from primary membership of AAP, pending a probe, after an FIR was...

New Delhi: The Aam Aadmi Party (AAP) on Thursday suspended its Corporator, Tahir Hussain from primary membership of AAP, pending a probe, after an FIR was registered against Hussain for his alleged involvement in the gruesome murder of Intelligence Bureau (IB) staff member, Ankit Sharma. A case against Tahir Hussain was registered at Dayalpur Police Station under Sections 365 and 302 of the Indian Penal Code (IPC), following a complaint lodged by Ravinder Sharma, Ankit Sharma's father.

Earlier on Thursday, Delhi Chief Minister Arvind Kejriwal firmly stated that no one, regardless of party affiliation, should be spared, if they are involved in violence which shook North-east Delhi for three days. Ankit Sharma, a resident of Khajuri Khas locality in North-east Delhi had been missing since Tuesday evening. His body was recovered from a drain in Chand Bagh on Wednesday.

The IB staffer's father, Ravinder Sharma, works for the Delhi Police. Both his father and brother have blamed AAP Corporator Tahir Hussain for the death of Ankit Sharma. Sharma's father told media persons that Tahir Hussain's men took his son away. The AAP Corporator however, claimed he was innocent and was not in his house when the incident took place. He also claimed he himself was a victim of mob violence.

Ankit Sharma's post-mortem report revealed that he had been stabbed to death.