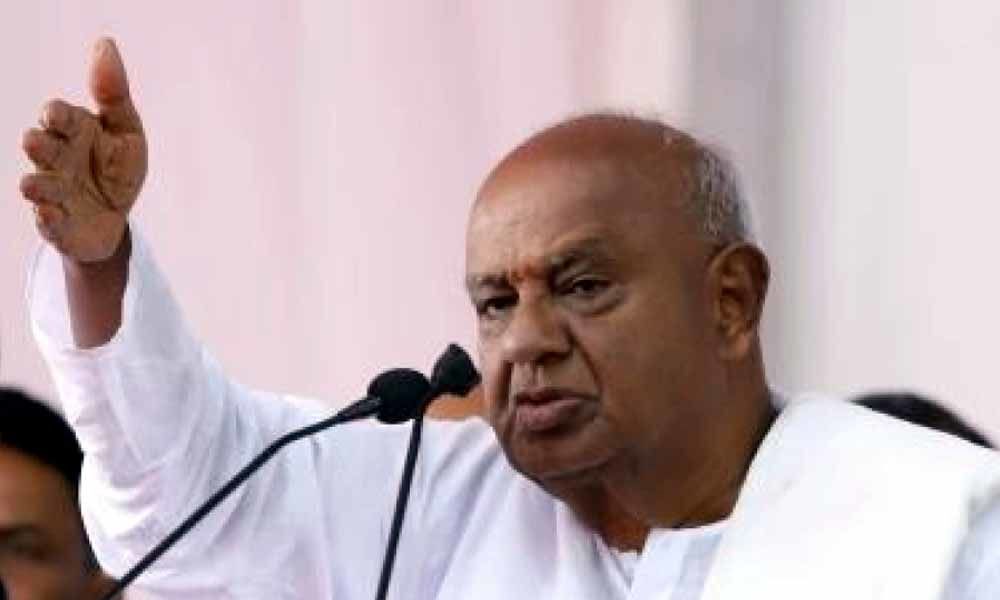 The relief in the Congress-JD(S) association was significant as Gowda had settled for Tumakuru - a comparatively safe seat - after weeks of assumption, and the trouble from within the alliance was becoming a major cause of concern. Now reduced to a direct contest, Gowda will take on the BJP's GS Basavaraj, who had won Tumakuru seat thrice on Congress ticket and once on BJP's ticket.

"Respecting the high command, I'm pulling out of the race," Muddahanumegowda said in Tumakuru minutes before his election agent went to the deputy commissioner's office to withdraw his nomination. The announcement came after the MP held talks with KPCC president Dinesh Gundurao and deputy chief minister G Parameshwara in Bengaluru.

Upset at the party's decision to hand the seat to the JD(S), Muddahanumegowda had entered the fight as a Congress candidate as he was the only Congress MP who wasn't re-nominated for the elections. Rajanna, a baiter of the Gowdas, had filed the papers as an independent.

On Friday morning, Muddahanumegowda met Dinesh Gundurao and Parameshwara at his Bengaluru residence following an indication from Congress president Rahul Gandhi and convinced him to opt out of the race keeping the party's interest in mind. Rahul has reportedly promised Muddahanumegowda a suitable reward in return.