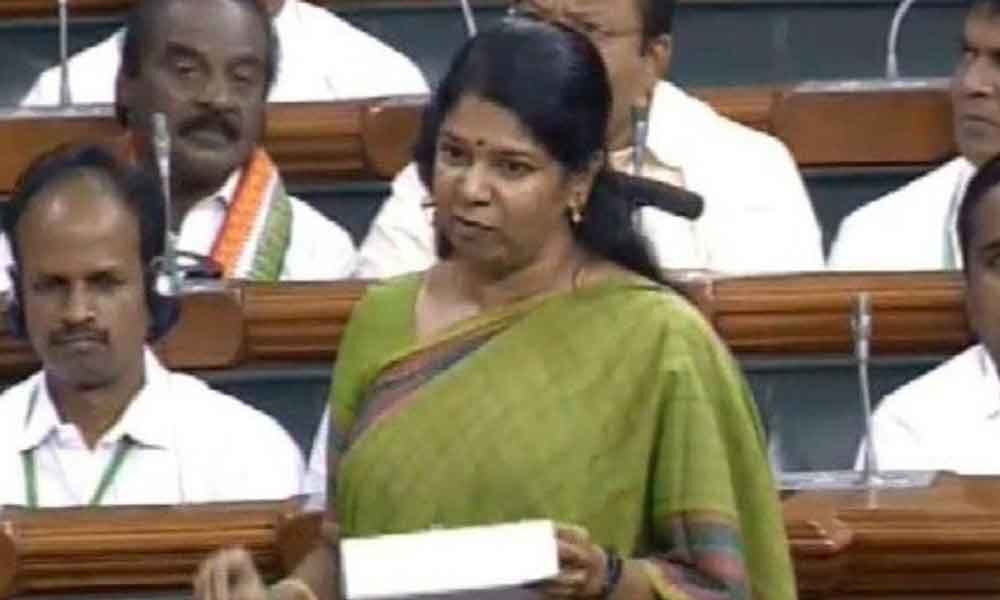 She also spoke against corporatization and privatization of Railways and manual scavenging.

New Delhi: DMK MP Kanimozhi on Thursday accused the Central government of naming schemes and programmes only in Hindi.

Raising the issue in the Lok Sabha, she said, "This government has taken up that every programme will be only named in Hindi. I would like to ask you how will a villager in my district understand what it is? I have seen signboards in Thoothukudi saying PM Sadak Yojana, with no translation. I do not understand it."

She also spoke against corporatization and privatization of Railways.

"I would like to tell the government that any attempt to corporatize or privatise Indian Railways or the Salem Steel Plant will be resisted by the people of Tamil Nadu, DMK and my leader MK Stalin," she said.

On the issue of manual scavenging, Kanimozhi said, "It is not important if we have bullet trains, what we have to be ashamed of is that Railway still employs manual scavengers. Railways said that it does not employ manual scavengers directly. But it is done through contractual labour. It is shameful for the nation to continue it."