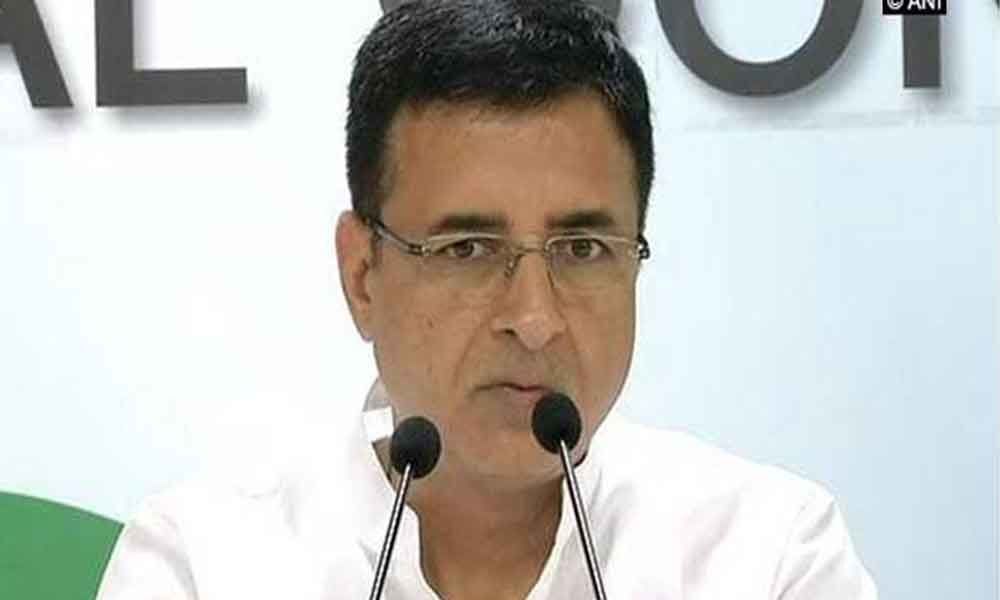 New Delhi: The Congress on Wednesday slammed the Modi government over what it called "foreign minister-level talks" with Pakistan, alleging with the end of electoral politics pro-Pakistan policy has begun.

The sharp attack came after External Affairs Minister Sushma Swaraj and her Pakistani counterpart Shah Mehmood Qureshi exchanged pleasantries during a Shanghai Cooperation Organisation (SCO) meeting in Bishkek on Wednesday and sat next to each other during a joint call on Kyrgyz president.

Electoral politics over, the pro-Pakistan policy begins, he said, posting a photograph of the two leaders sitting next to each other. Swaraj and Qureshi attended the meeting of the Council of Foreign Ministers (CFM) of SCO, which was founded at a summit in Shanghai in 2001 by the presidents of Russia, China, Kyrgyz Republic, Kazakhstan, Tajikistan and Uzbekistan. Pakistani media reported that the two leaders sat next to each other during a multilateral meeting of the Foreign Ministers of the SCO.

According to the photos published by the Pakistani media, Swaraj and Qureshi were seen seated next to each other. On being asked about the Swaraj-Qureshi meeting, the MEA sources said the two leaders only exchanged pleasantries. "There was no meeting between them," they said.

The picture of the two leaders is from a joint call on Kyrgyz President Sooronbay Jeenbekov, they said. Swaraj arrived in Bishkek in the Kyrgyz capital on Tuesday to attend the SCO Foreign Ministers meeting.

India was granted the membership of the SCO along with Pakistan in 2017.

Amid mounting outrage, the Indian Air Force carried out a counter-terror operation, hitting a JeM training camp in Balakot, deep inside Pakistan on February 26.

The next day, Pakistan Air Force retaliated and downed a MiG-21 in aerial combat and captured an Indian pilot, who was handed over to India on March 1.