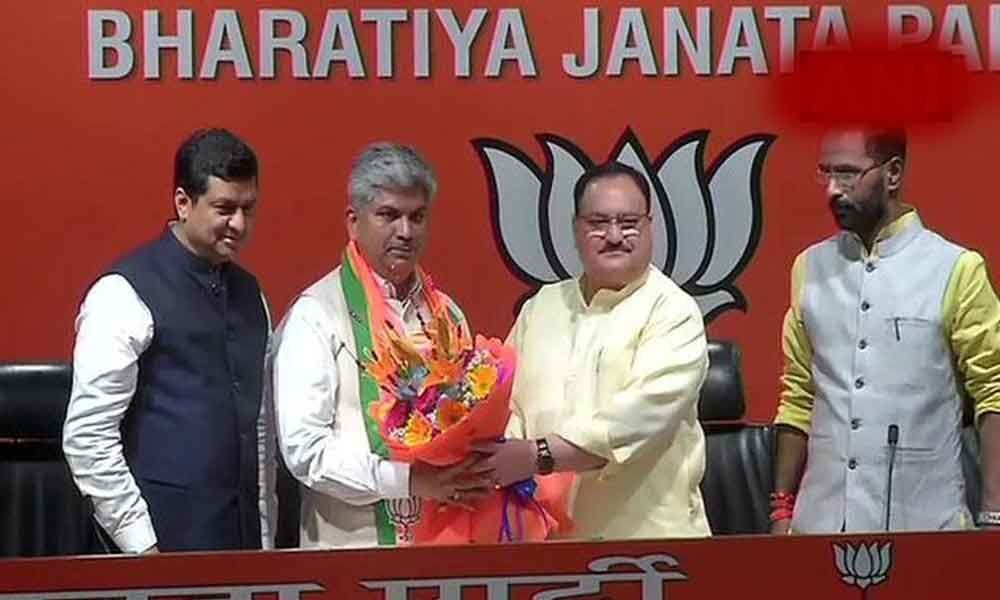 Bhaskar, who had served in the Congress for 25 years, had resigned from the primary membership of the Congress in March. He was elected to the Rajya Sabha in 2012.

Rapolu was upset with the Congress as he was denied ticket from Palakurthy constituency in Warrangal district during the Assembly polls in 2018.

Telangana will vote in a single phase for all 17 Lok Sabha seats on April 11. Results will be declared on May 23.