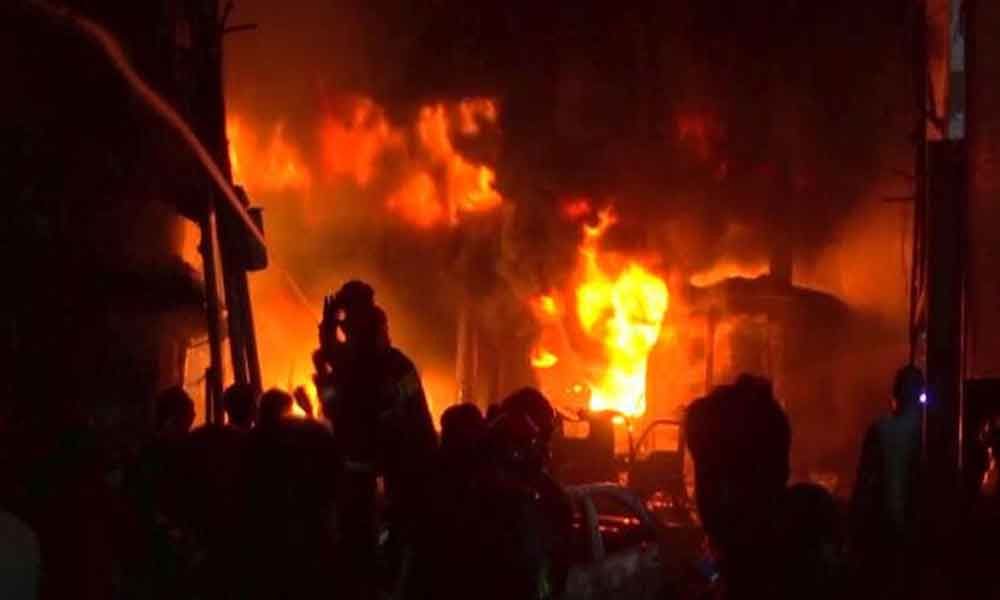 A major broke out at an automobile firm on the outskirts of Pune city early Tuesday morning, an official said.

Pune:A major broke out at an automobile firm on the outskirts of Pune city early Tuesday morning, an official said.

No casualty was reported so far, he said.

The blaze erupted around 4 am in the Varroc Lighting Systems India Pvt Ltd company premises, located at Maan near Hinjawadi, a fire brigade official said.

"The fire, which possibly broke out due to a short circuit, gradually spread in other areas in the firm," he said, adding that firemen managed to douse the flames after about four hours.

"There is no report of any casualty so far, but a lot of property was damaged," he added.