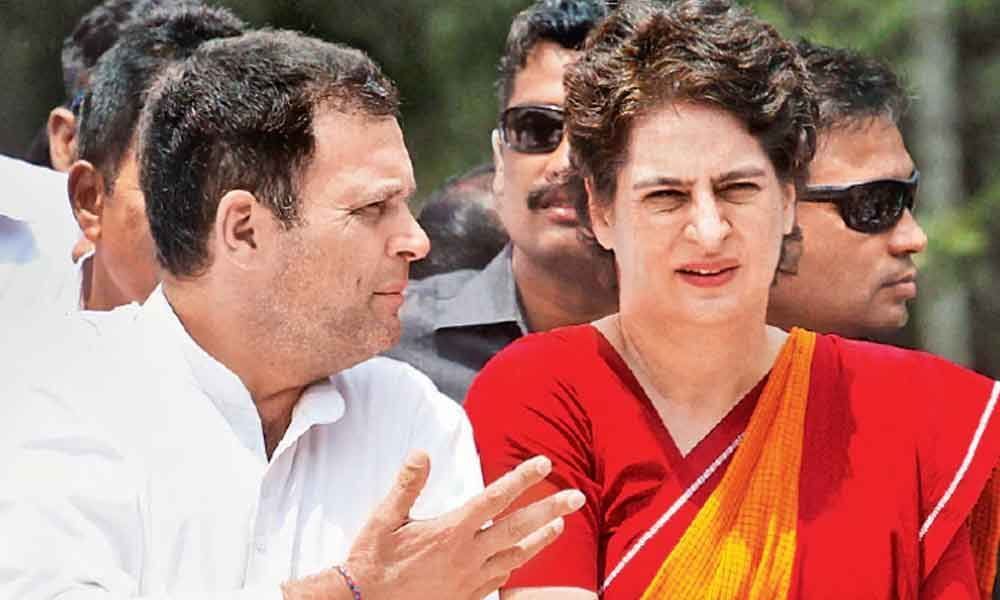 The Opposition came together to target Modi over the remarks made by him against Rajiv Gandhi, who was assassinated.

NEW DELHI: The Gandhi siblings lashed out at PM Narendra Modi, for calling former prime minister Rajiv Gandhi as 'bhrashtachari (corrupt)'. They responded saying, it is an "insult to a noble man".

On the social networking site of twitter Rahul Gandhi wrote, "Modi Ji, The battle is over. Your Karma awaits you. Projecting your inner beliefs about yourself onto my father won't protect you. All my love and a huge hug."

Uttar Pradesh General Secretary and sister of Rahul Gandhi, Priyanka Gandhi Vadra had said that, "Motormouth PM insulted a noble man who gave up his life for the nation."

PM Modi, in Pratapgarh at an election rally had said, "Rahul Gandhi's father was branded as Mr. Clean by his loyalists but his life ended as a corrupt politician."

The Opposition came together to target Modi over the remarks made by him against Rajiv Gandhi, who was assassinated. Mamata Banerjee the CM of Bengal had called the comment as "unfortunate", whereas, Samajwadi Party chief Akhilesh Yadav blamed it on "nervous BJP distracting country from farmer issues and development".

However, Shiromani Akali Dal (SAD) the Ally of BJP supported the PM. As Manjinder Singh Sirsa said, "He (Rajiv Gandhi) was not only most corrupt politician but also a major mob lyncher who killed thousands of innocent Sikhs in 1984."

Prakash Javadekar of the BJP had held a press briefing and countered the Congress by referring to their "abuse against the PM with chowkidar chor jibes and karma".