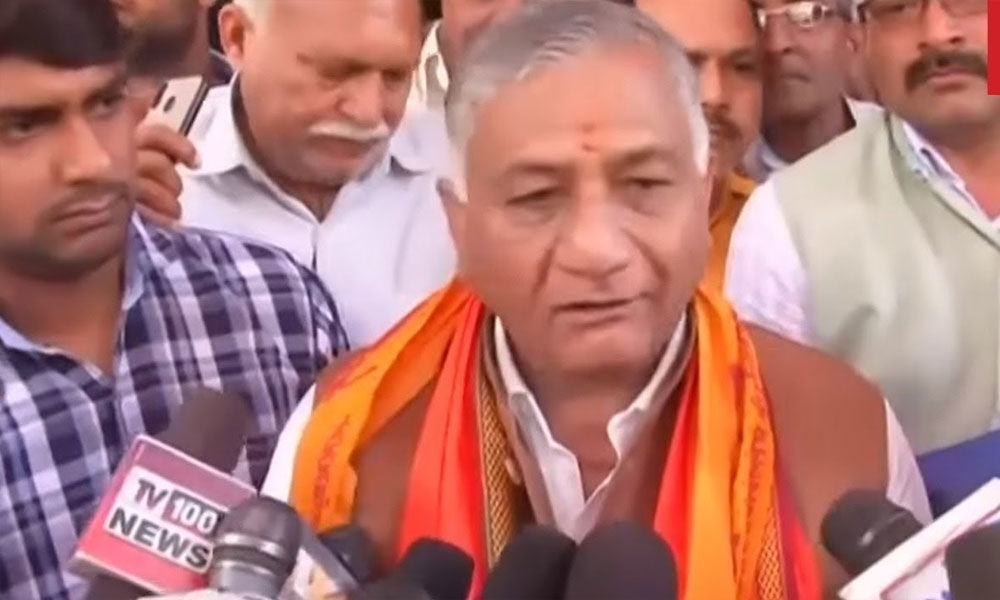 Singh, who won the 2014 Lok Sabha polls from here with a record margin, said: "The agenda for the General Elections is the development as was in 2014. I will focus on the development and growth of my constituency."

"The first phase of 14-lane Delhi-Meerut highway has almost completed. It will soon be extended up to Hapur. Several foot over-bridges are under construction in Ghaziabad. Purvanchal Bhavan, Uttrakhand Bhavan, and Kailash Mansarovar Bhavan projects are being completed," Singh told ANI after filing his nomination paper.

"With the help of citizens and media, Ghaziabad can be a number one city in cleanliness. I am not competing with anyone as my competition is with myself," he said.

Singh is known for bringing some remarkable changes in the constituency. He ensured the opening of the civil terminal from Hindon IAF and Dilshad Garden-Shaheed Sthal New Bus stand metro line.

Lok Sabha elections are scheduled to be held from April 11 and will go on till May 19 in seven phases. The polls in Uttar Pradesh will be held in all seven phases. The counting of votes will take place on May 23.