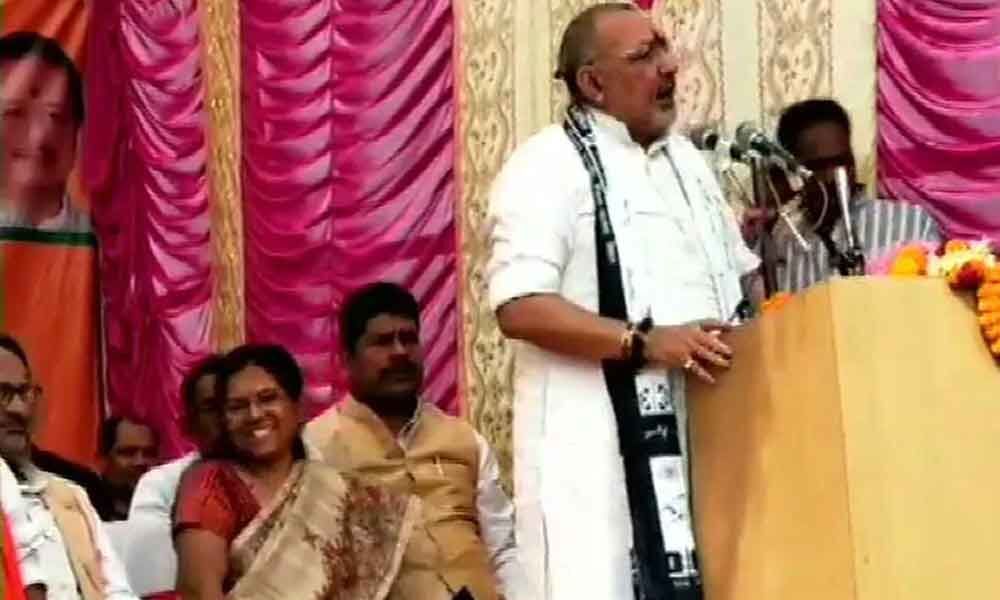 Union Minister Giriraj Singh has come under the spotlight for sharing the stage with former Bihar minister Manju Verma who is out on bail in Muzaffarpur shelter home case in Begusarai on Saturday.

Begusarai (Bihar): Union Minister Giriraj Singh has come under the spotlight for sharing the stage with former Bihar minister Manju Verma who is out on bail in Muzaffarpur shelter home case in Begusarai on Saturday.Singh, who is contesting from Begusarai Lok Sabha constituency, was addressing NDA leaders and workers yesterday while sharing the stage with Verma.

The Patna High Court on March 12 granted bail to Verma in connection with a case about possession of illegal ammunition which is related to the Muzaffarpur shelter home case.While speaking at the event, the Union Minister indirectly took a jibe at his rival Kanhaiya Kumar who is a CPI candidate from Begusarai constituency.

Giriraj said that his fight is against "anti-nationals"."I am sure that people of Begusarai will not only defeat them but also give them a befitting reply," he added"My fight in the ensuing Lok Sabha polls is not against any party or an individual but against the anti-nationals," Singh further stated.

Not only that, he also slammed Kanhaiya for seeking proof of air strike and stated that those leaders who are asking the Centre to give proof of India's airstrike in Pakistan are not connected with the ground realities.Starting from April 11, Bihar will go to polls for 40 Lok Sabha seats in seven phases.The main contenders in the state are BJP, Lok Janshakti Party, Janata Dal (United) and Rashtriya Janata Dal.