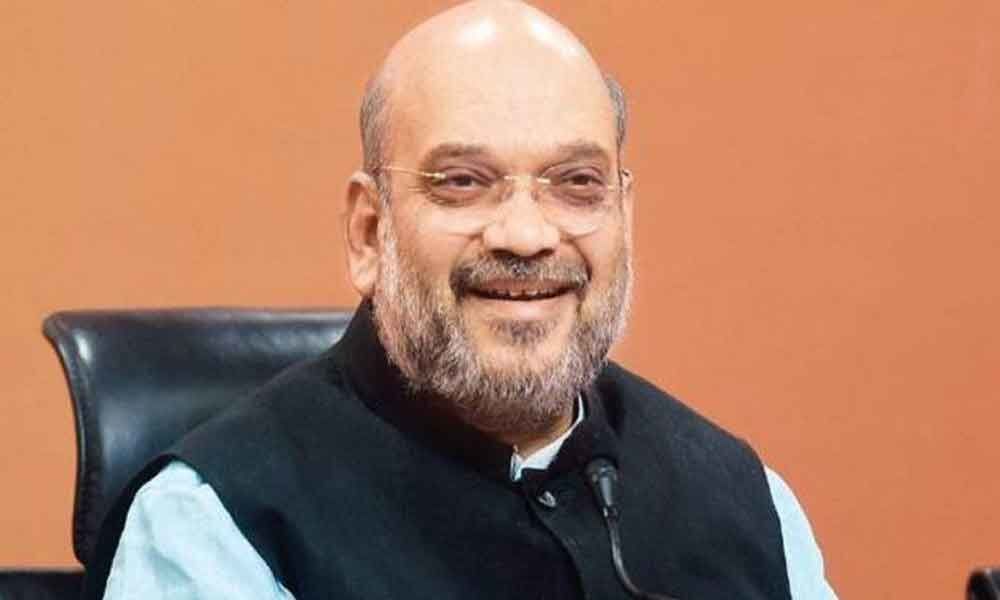 The ruling Bharatiya Janata Party (BJP) in Gujarat appeared way ahead of its rival, the Congress in all the 26 Lok Sabha seats after five rounds of counting of votes, with party President Amit Shah was leading in Gandhinagar with a margin of over 1 lakh votes.

Ahmedabad:The ruling Bharatiya Janata Party (BJP) in Gujarat appeared way ahead of its rival, the Congress in all the 26 Lok Sabha seats after five rounds of counting of votes, with party President Amit Shah was leading in Gandhinagar with a margin of over 1 lakh votes.

Among the key trends, Shah and the BJP's Chhotaudepur tribal constituency candidate Geeta Rathwa were leading with 1 lakh votes each. In Jamnagar in Saurashtra, the BJP's Poonam Madam was leading by more than 50,000 votes.

The counting began at 8 a.m. amid tight three-layered security across the state, with personnel from the Central Reserve Police Force guarding the centres closely inside, while state police were deployed in two layers outside.

The BJP was confident of victory, while the Congress hoped for a better performance. The home turf of Prime Minister Narendra Modi and Shah gave their party all the 26 seats in 2014 when 64.7 per cent voters had exercised their franchise.

This time voter turmout was at a record high of 64.11 per cent.

Gujarat BJP Spokesperson Bharat Pandya told IANS: "The initial trends from everywhere are sending out signals of a sureshot victory of the BJP, as we always knew would happen. By evening, this will be visible."

The BJP bagged all the 26 seats in the state in 2014 and is hoping for a repeat, while the Congress expects to get at least six seats this time.

Senior Congress leader and legislator Virji Thummar from Amreli district, where Leader of Opposition Paresh Dhanani is contesting, stated: "These are early trends. Overall Gujarat, we hope to do quite well."

"There is palpable anger in the rural areas against the BJP and I am sure they voted on real issues and not drawn towards imaginary nationalistic rhetoric," he added.

Besides Lok Sabha seats, votes are also being counted in four Assembly constituencies where by-elections were conducted simultaneously on April 23 in the third phase of the seven-phase parliamentary elections. There are 28 counting centres for these seats.

Sources at the Chief Electoral Officer's office said the results were likely to be delayed since there was a provision this time of matching of VVPAT slips of five EVMs in every Assembly segment of all the parliamentary seats.

Fate of as many as 371 Lok Sabha candidates, including BJP President Shah, four former Union Ministers, an incumbent Minister of Gujarat and eight sitting MLAs of Gujarat including the leader of Opposition, would be decided.