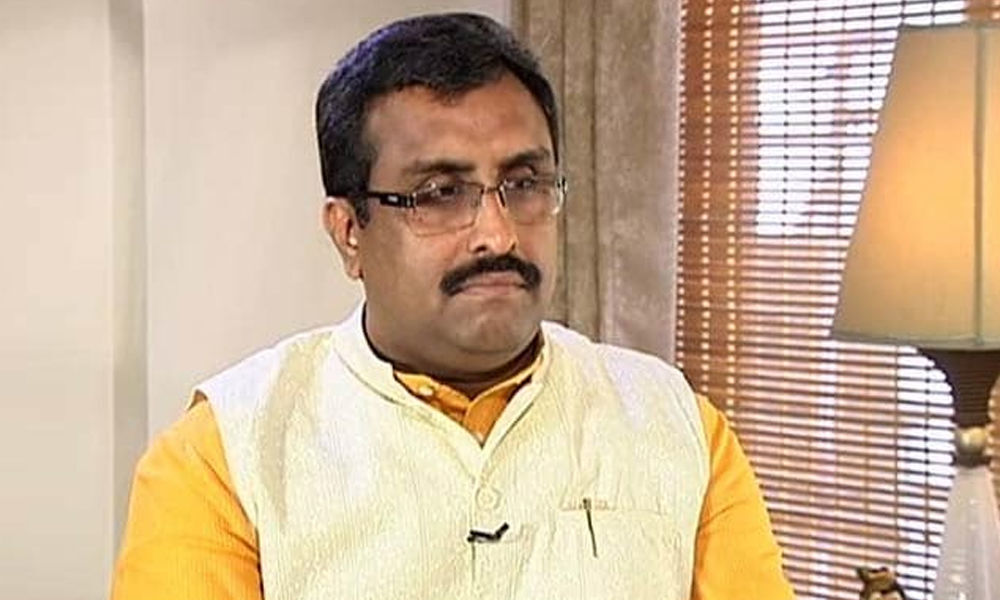 Assam Finance Minister Himanta Biswa Sarma is a key person for the BJP in the Northeast and is above party chief Amit Shah for the affairs related to the region, its General Secretary Ram Madhav said on Sunday.

Guwahati: Assam Finance Minister Himanta Biswa Sarma is a key person for the BJP in the Northeast and is above party chief Amit Shah for the affairs related to the region, its General Secretary Ram Madhav said on Sunday.

Madhav made the statement when asked why Sarma cannot contest despite being responsible for 25 seats, while Shah is the party in-charge of the entire country and still contesting from Gandhinagar.

"That means Himant Biswa Sarma's burden is much more than Amit Shah's, probably. Because he has to handle 5-6 governments here. He has to handle the entire election campaign in the Northeast," he said at a press conference in Assam's Guwahati.

"That needs a lot of energy and time, so the party cannot confine him to one seat. We needed his time and energy for the larger campaign for all candidates in the Northeast," he said.

Putting to rest all speculation, Shah on Thursday night said that Sarma will not be offered a ticket to contest the Lok Sabha elections.

Despite the state unit sending his name unanimously, Sarma was asked to concentrate on developing the state and strengthening the party's base in the Northeast, Shah said in a series of tweets in Hindi.

Sarma also took to Twitter to say that he accepted the decision "humbly" and the region will not disappoint Shah in making Narendra Modi Prime Minister again.

Earlier, Sarma himself had said on a number of occasions that he will not contest the Assembly elections in the state in 2021, indicating he was looking for a national role.

BJP sources said he was named as the candidate for the prestigious Tezpur constituency in Assam while preparing the state unit's panel of names for the elections.

This, however, did not go down well with BJP's central election committee comprising PM Modi and Shah, as the party's sitting Tezpur lawmaker Ram Prasad Sarmah resigned from primary membership immediately after learning about the omission of his name.

The central leadership did not accept Sarmah's resignation and asked the state unit to reconsider the panel of candidates, which did not include the parliamentarian from Tezpur constituency.

Madhav also said the party may consider sending Sarma to the Rajya Sabha from Assam.

The senior BJP leader also commented that Sarma will convince the party's youth members and sympathisers, who were upset over denial of ticket to him.

To another question on giving tickets to existing state ministers, Madhav said: "Putting up a state minister is not a new practice. The best face is put forward. We found that our best available candidates are some legislators, so we fielded them. Once they are elected, we will get other best candidates for those legislator's seats."