IAF marks 20th anniversary of Kargil War at Gwalior base 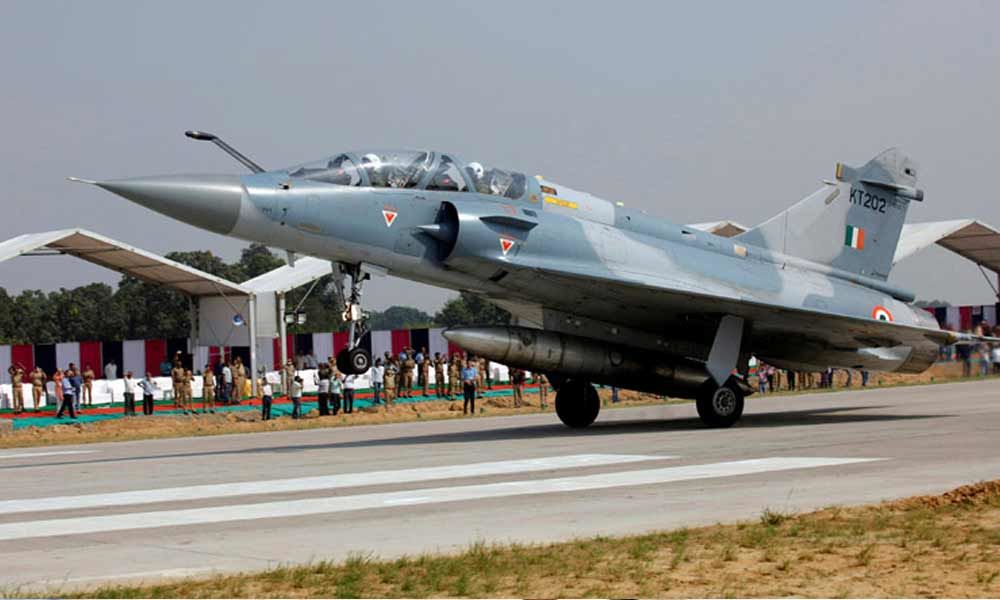 This year, nationwide Kargil anniversary celebrations will be held from July 25-27

Commemorating 20 years of the Kargil War, the Indian Air Force on Monday turned the Gwalior air base virtually into a conflict theatre, with dramatic re-enactment of some of the milestones of the operation in 1999.

In a symbolic 'recreation' of the Tiger Hill attack in Jammu and Kashmir's Drass-Kargil area, the Indian Air Force used the Mirage 2000 fighter aircraft and explosives were blown up on a 'model hill' to recreate the crucial events of the war.

The chief guest for the event is Air Chief Marshal B.S. Dhanoa. The Indian Air Force has planned several activities at the air base to commemorate the 20 years of the war and the symbolic 'recreation' of the Tiger Hill attack was one of them. Five Mirage 2000, two MiG 21s and one Sukhoi-30 MKI were on static display at the base.

One of the Mirage 2000 fighters showcased a carrier for the SPICE bomb. The SPICE bomb was used in the Balakot airstrike in February.

"The Kargil conflict offers an exemplary experience in the use of air power in warfare in high mountainous conditions and is key to full understanding of India's emerging posture," a senior Indian Air Force official said.

Several gallantry award winners, both serving and retired, who had participated in 'Operation Vijay', are attending the event. The Indian armed forces displayed exceptional valour to successfully dislodge the enemy from the strategic hills in the Drass-Kargil area, an official said.

The Mirage 2000 aircraft played a crucial role in the battles fought during the war and also hit enemy bunkers in at the Tiger Hill. During the Kargil war, the Indian Air Force had conducted operation Safed Sagar as a part of operation Vijay of the army. A number of events has been planned by the Indian Army in Delhi and Drass in Jammu and Kashmir next month to mark the 20th anniversary of the Kargil Vijay Diwas, officials had earlier said.

The anniversary celebrations for this year will be spread over three days from July 25-27.

"However, as part of the build-up to the main event, numerous activities have been planned to be organised all over the country from the first week of July," an official said.

The celebrations in the national capital will begin on July 14 with the illumination of a 'victory flame' from the National War Memorial in Delhi, which would traverse through 11 towns and cities to finally culminate at Drass where it will be merged with the eternal flame at the 'Kargil War Memorial', he said.

The objective of these celebrations is to evoke a feeling of patriotism through nationwide campaigns especially among youth and to pay homage to the valiant soldiers. "The Kargil War will always be remembered for its strategic and tactical surprises, the self-imposed national strategy of restraint in keeping the war limited to Kargil-Siachen sectors, and the swiftly executed tri-services military strategy and plans," the Army said.