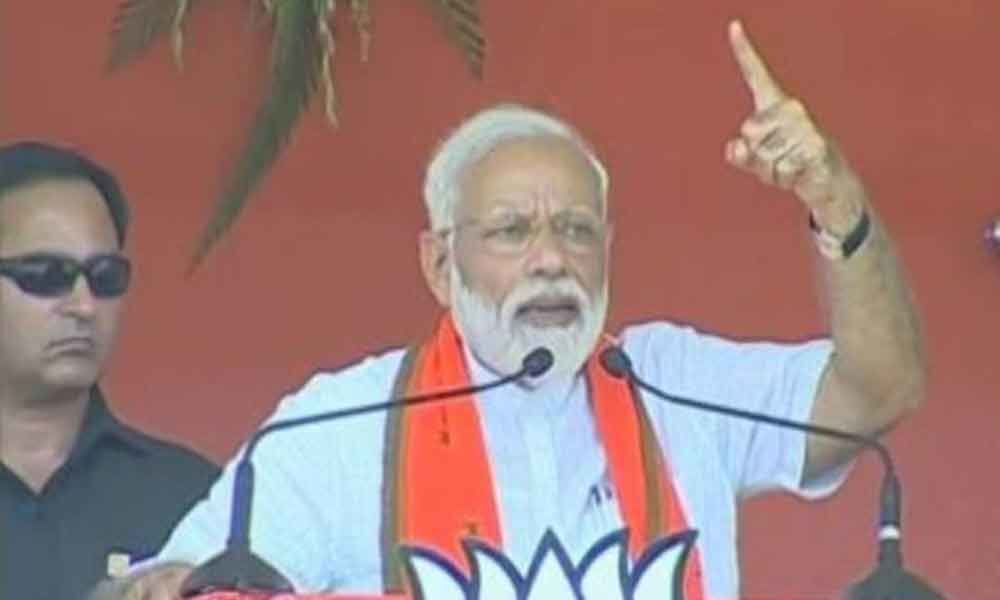 Modi also said that Opposition party and its allies were rattled by the trends that have emerged from first two phases of Lok Sabha polls.

Araria: Prime Minister Narendra Modi on Saturday charged the Congress with having placed vote bank politics above national interest while it was in power at the Centre.

Addressing an election rally here, Modi also said that the opposition party and its allies were rattled by the trends that have emerged from the first two phases of the Lok Sabha polls.

"... The trends of the first two phases of elections have left them rattled. They no more have the temerity to demand proofs of the valiant cross-border operations conducted by our armed forces," the Prime Minister said.

He said that "lies" were being spread about his government that its introduction of five per cent quota for the unreserved categories was a step in the direction of doing away with reservations. "Beware of such lies," he added.

"The country has witnessed two types of politics of 'vote bhakti' and of 'desh bhakti'. The former was on display after the 26/11 Mumbai terror attacks, when the then government did not go after Pakistan for abetting terror, and chose to derail the investigations in many terror cases by coming up with the theory of Hindu terror.

The latter was demonstrated by us when the Uri terror attack was replied with surgical strikes and Pulwama was followed by air strikes," Modi said.