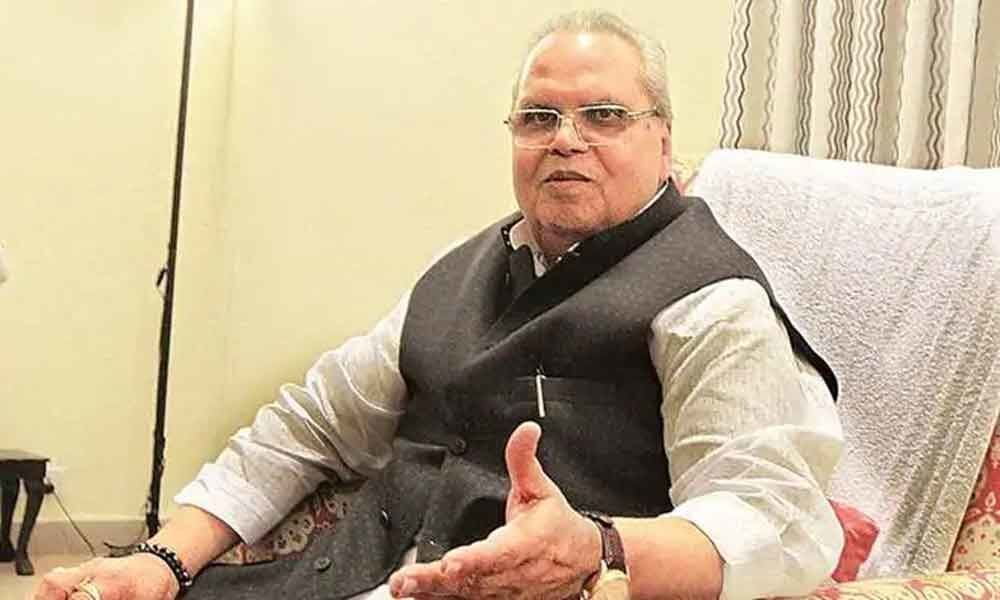 Jammu and Kashmir Governor Satya Pal Malik on Monday attended the 'Pratham Puja' at the Amarnath Cave shrine on the first day of this year's 45-day long Amarnath Yatra.

Srinagar: Jammu and Kashmir Governor Satya Pal Malik on Monday attended the 'Pratham Puja' at the Amarnath Cave shrine on the first day of this year's 45-day long Amarnath Yatra.

Malik heads the Shri Amarnathji Shrine Board (SASB) that manages the affairs of the Yatra with the assistance of the state and central governments.

SASB sources said Malik paid obeisance at the shrine and prayed for sustained peace, harmony, progress and prosperity of the state.

Umang Narula, CEO of the shrine board, accompanied the Governor.

"The Governor reviewed the arrangements made for the Yatris at the base camps and conveyed the Board's thanks to the state government, Army, state police, central armed police forces and other agencies for their support and cooperation.

"He stressed the need for effective supervision and round the clock monitoring by the camp directors and other functionaries involved in the management of the Yatra for ensuring smooth conduct of the pilgrimage," he said.

The Governor lauded the people of Kashmir for making this annual pilgrimage a successful event ever since it is being observed, said Narula.

He appreciated the support of locals in the conduct of this Yatra and described their role in this Yatra as a 'true essence of Kashmiriyat which is exemplary for its communal harmony".

The CEO of the Shrine Board has appealed to intending Yatris to embark on the pilgrimage only after getting medically checked and obtaining a valid Yatra Permit, he said.

He urged the pilgrims to come prepared as the temperature may fall to 2- 5 degree Celsius, sources said.