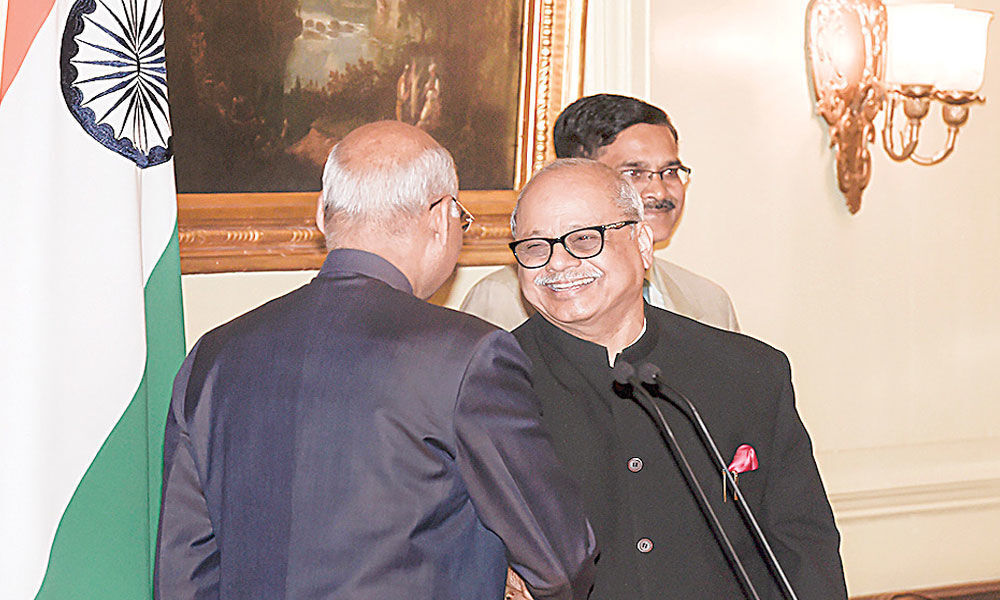 New Delhi: Retired Supreme Court judge Pinaki Chandra Ghose on Saturday took the oath as the first Lokpal of India or anti-corruption watchdog. He was ...

New Delhi: Retired Supreme Court judge Pinaki Chandra Ghose on Saturday took the oath as the first Lokpal of India or anti-corruption watchdog. He was appointed India's first Lokpal on Tuesday. The oath was administered by President Ram Nath Kovind at a ceremony held at the Rashtrapati Bhavan, a communique issued by the President's office said.

The members of the Lokpal will include eight members - former High Court judges and civil servants.The law provides for a Lokpal at the Centre and Lokayuktas in states to probe cases of corruption against public servants. Justice Ghose's name was finalised and recommended in a Selection Committee meeting comprising Prime Minister Narendra Modi, Chief Justice Ranjan Gogoi, Lok Sabha Speaker Sumitra Mahajan, and eminent jurist Mukul Rohatgi on Sunday (March 17).

The Leader of Opposition in the Lok Sabha and Congress member, Mallikarjun Kharge, who is part of the committee, did not attend the meeting.Justice Ghose, 67, who is a member of the National Human Rights Commission (NHRC) since June 2017, retired from the Supreme Court on May 27, 2017. He had assumed charge as Supreme Court judge on March 8, 2013. His was among the top 10 names shortlisted by the Lokpal Search Committee. Justice Ghose is a former judge of the Calcutta High Court and former Chief Justice of the Andhra Pradesh High Court.