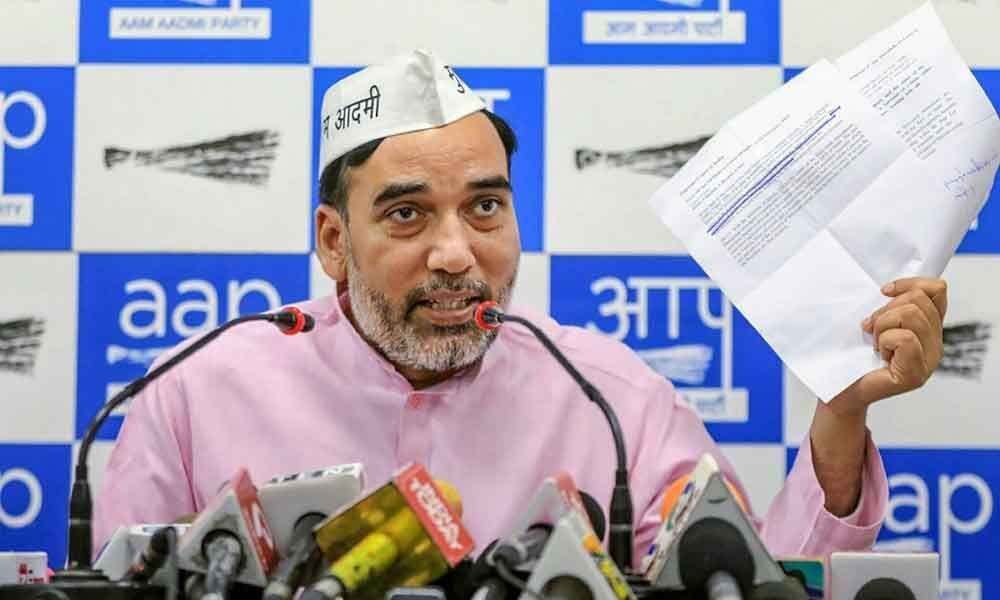 The Delhi unit of the Congress on Saturday complained with the Chief Electoral Officer (CEO) against Chief Minister and AAP convener Arvind Kejriwal, accusing him of misusing his office by sending letters to voters and violating the poll code.

New Delhi: The Delhi unit of the Congress on Saturday complained with the Chief Electoral Officer (CEO) against Chief Minister and AAP convener Arvind Kejriwal, accusing him of misusing his office by sending letters to voters and violating the poll code.

A delegation of the Legal Department of the Delhi congress led by its chairman Sunil Kumar submitted its complaint with the CEO (Delhi) seeking action against Kejriwal. "Chief Minister Arvind Kejriwal has grossly violated the code of conduct by misusing his official position by sending letters to lakhs of voters in Delhi," the delegation complained.

Response of the Aam Aadmi Party (AAP) over the allegation was not immediately available. "The Kejriwal government is using the taxpayers' money in the election campaign of the AAP for the upcoming Lok Sabha election. It is attempting to influence the voters with the plea that the Congress can not defeat the BJP so they should cast their votes for the AAP candidates in Delhi," they alleged.

The Model Code of Conduct is in place for the Lok Sabha polls. In Delhi, votes will be cast on May 12. The complaint also claimed that prior permission of the Election Commission was not sought for such printed letters of the Chief Minister. Details such as name of the printer and number of copies of the letter printed were also not specified by the AAP, it claimed.

Section 127A of the Representation of the People Act stipulates that "no person shall print or publish, or cause to be printed or published, any election pamphlet or poster, which does not bear on its face the names and addresses of the Printer and the Publisher thereof", it said. The delegation sought urgent intervention in the matter by initiating stern action against Kejriwal and the AAP for "violation" of the Model Code of Conduct.