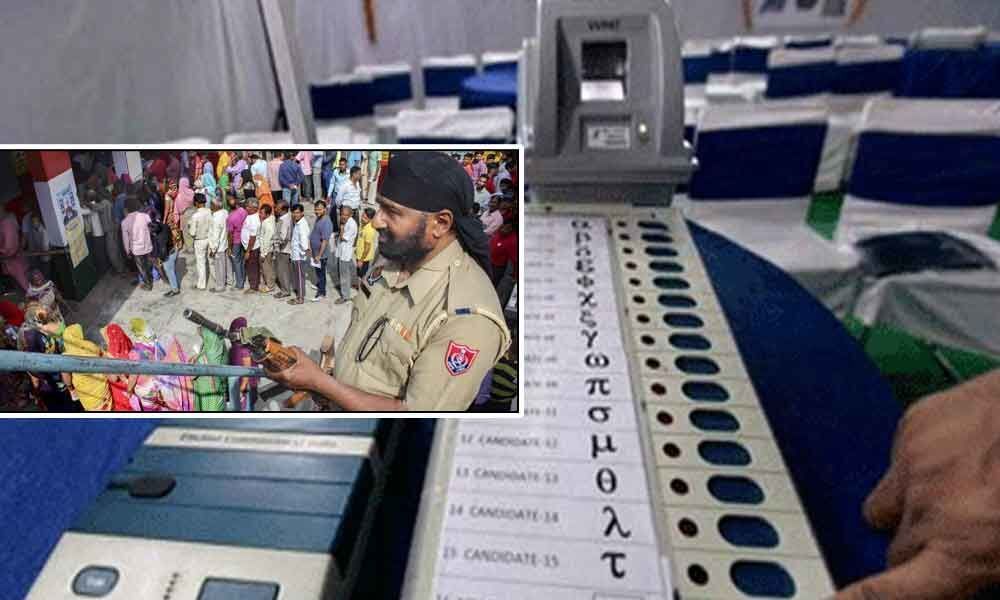 A voter on Thursday smashed the electronic voting machine (EVM) while casting his vote in Akola Lok Sabha constituency in Maharashtra.

Akola (Maharashtra): A voter on Thursday smashed the electronic voting machine (EVM) while casting his vote in Akola Lok Sabha constituency in Maharashtra.

The incident occurred at around 1 p.m. at the Balapur polling station no. 29 where polling was underway for the second phase of elections in 10 Lok Sabha seats in the state, said an Election Commission official.

The voter, Shrikrishna Ghyare, was taken into custody. The motive behind the action was not immediately known, police said.

On the fate of the votes already cast, the EC official explained that the Ghyare had only broken the ballotting unit (BU). The control unit (CU) or the VVPAT which were stationed a feet away with the election officials were safe.

"We have the complete record of the votes cast earlier in that EVM. There is no problem on that count," an EC official explained.

The authorities arranged for an alternative BU which was attached to the existing CU and VVPAT, and the voting was resumed shortly thereafter.