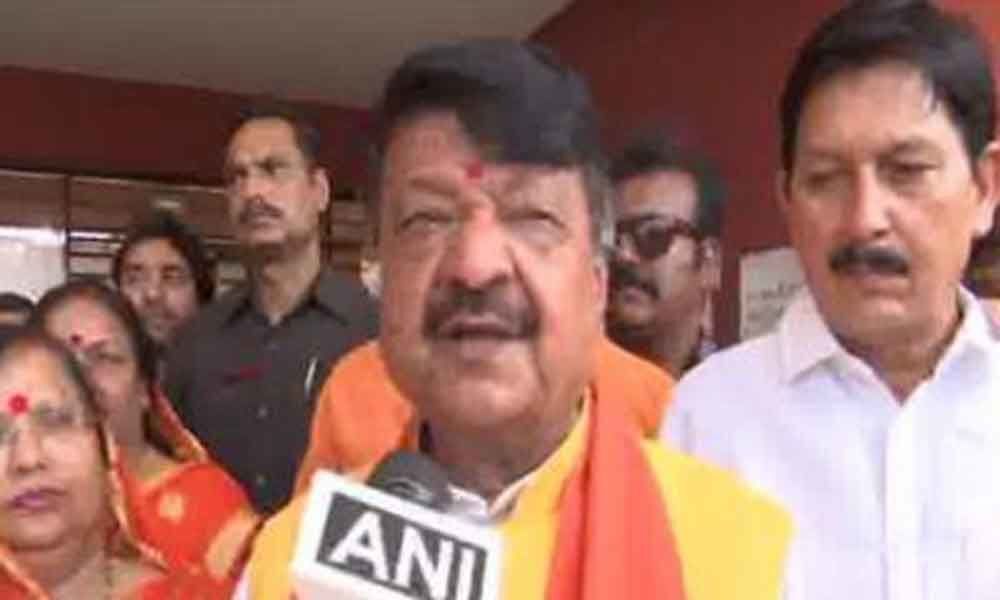 The statement from Vijayvargiya came after people alleged that there were reports of bombing at Raidighi in Mathurapur Lok Sabha seat.

The leader also said that the state government and police have together murdered the democracy of the region.

"Mamata Banerjee has handed over the charge of the state to the goons. There is hooliganism in the state and no democracy. There is dictatorship in the region. West Bengal government and police have together murdered the democracy of the region," he said.

Vijayvargiya said that the BJP wants to establish democracy in West Bengal and added that the Mamata Banerjee government is not allowing people to vote for the BJP.

"I have come to know that people in West Bengal want to vote cast their ballot in favour of the BJP but the workers of the West Bengal government are blocking their ways. I believe that PM Modi is the only leader which can strengthen the democracy in the country and can take the nation forward," he said.

The statement from Vijayvargiya came after people alleged that there were reports of bombing at Raidighi in Mathurapur Lok Sabha seat in West Bengal. Polling across nine Lok Sabha seats in West Bengal is underway and the counting of votes will take place on May 23.