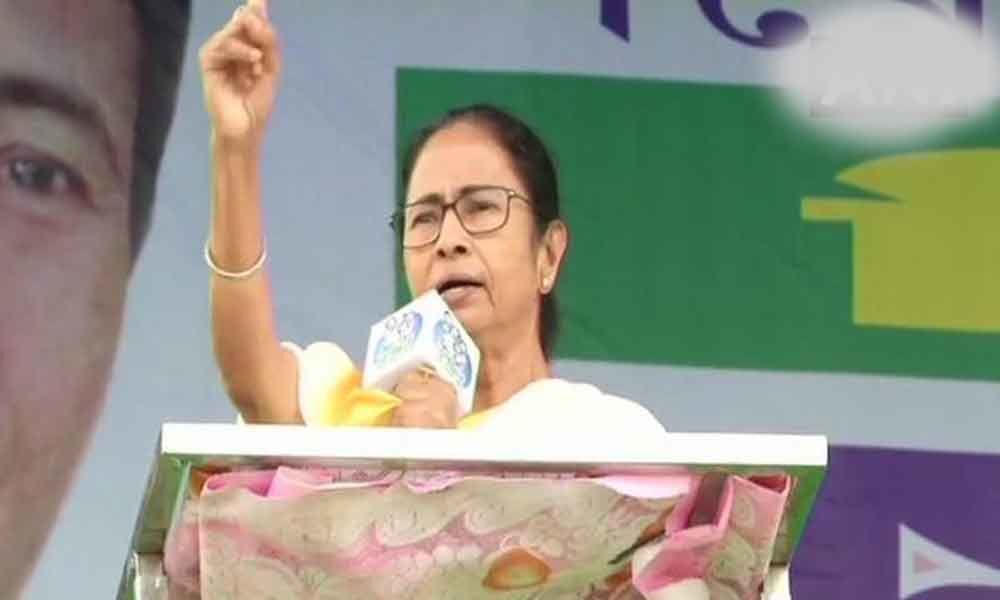 She dared the BJP to implement NRC in Bengal, saying it will never be allowed in the state.

She sought to know why Prime Minister Narendra Modi isn't removing his own Cabinet secretary or the Union home secretary if he was so "fond of making last-minute changes".

"Why is the Centre intervening in state matters? Why was Andhra Pradesh chief secretary removed?" Banerjee asked at an election rally here. "Why don't you (Modi) remove your own cabinet secretary," she asked.

Reacting to the poll panel's move of removing four IPS officers in West Bengal, including Kolkata and Bidhanagar police commissioners, the West Bengal chief minister Saturday wrote a letter protesting its decision. The letter said the removals were "unfortunate, highly arbitrary, motivated and biased" and taken at the behest of BJP, and urged the poll panel to review its decision.

Without naming former political associate Mukul Roy, whom she addressed as a traitor for quitting her party to join the BJP, she accused Modi of holding meeting with a person accused in Saradha, Narada cases.

"Have you (PM Narendra Modi) been able to clean the Ganga at Varanasi, that you are looking at Bengal?" Banerjee questioned, saying that the BJP should try to save its seat in Delhi before turning to Bengal.

She dared the BJP to implement NRC in Bengal, saying it will never be allowed in the state.