Mayawati : Women leaders in BJP fear Modi will meet their husbands and get abandoned by them 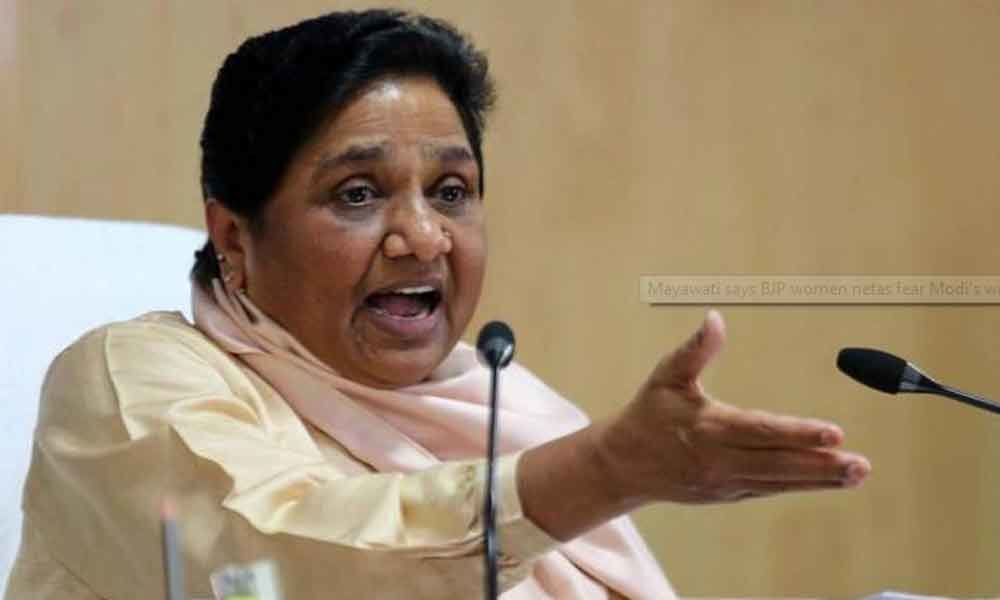 BSP chief Mayawati claimed that women leaders of in the BJP worry if Modi meets their husbands, they will leave their wives just like how the PM did.

"In BJP, married women leaders get scared when they see their husbands around PM Modi. They fear that this Modi will separate them from their husbands," Mayawati said.

The leader accused Modi of playing dirty politics over the Alwar gangrape case and claimed that he does not respect women since he has left his own wife.

"Narendra Modi was silent on Alwar gangrape case. He's trying to play dirty politics over it. So that in the elections his party can be benefited. It is extremely shamefully. How can he respect others' sisters and wives when he has left his own wife for political gains?," alleged Mayawati.