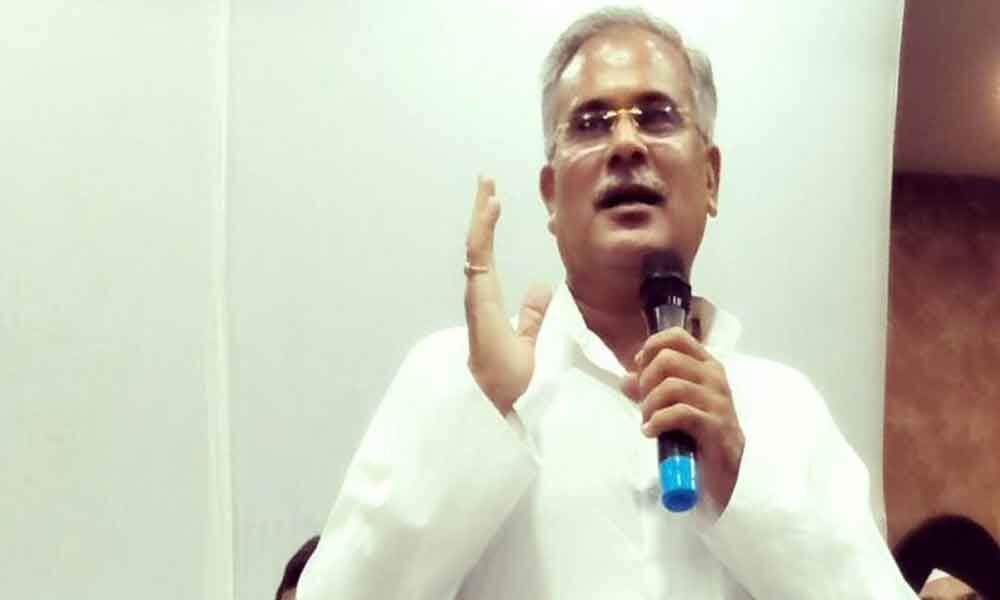 He also claimed that BJP is losing these elections and UPA government will come to power with Rahul Gandhi as prime minister after May 23.

Bhopal: Chhattisgarh Chief Minister and Congress leader Bhupesh Baghel on Sunday accused Bharatiya Janata Party (BJP) of being bereft of real issues and vision and fighting these elections on pseudo-nationalism.

Addressing a press briefing, Baghel said: "In these elections, BJP is neither talking about their past five years of work nor their vision for the next five years. Election Commission continuously speaks against usage of armed forces in elections, yet the BJP is repeatedly violating the model code. This makes it clear that BJP has nothing to talk about and they are fighting these elections on the name of pseudo-nationalism."

Sharpening his attack against Modi, Baghel cited various initiatives of the Central government and said, "Narendra Modi is the first prime minister who did not do a single press conference in five years and did not even give a report card of his work. The issues on which he fought 2014 elections remain untouched and his key initiatives -- be it Smart city, Swachh Bharat Mission (SBM), employment to 2 crore people, start-up India, etc. -- were all unsuccessful. The biggest failure was demonetization which also resulted in the death of 125 people."

He also claimed that the BJP is losing these elections and UPA government will come to power with Rahul Gandhi as the prime minister after May 23.

The Lok Sabha elections are being held in seven phases in the country. The first four phases were held on April 11, 18, 23 and 29. The rest three phases are scheduled to be conducted on May 6, 12 and 19. The counting of votes will be done on May 23.