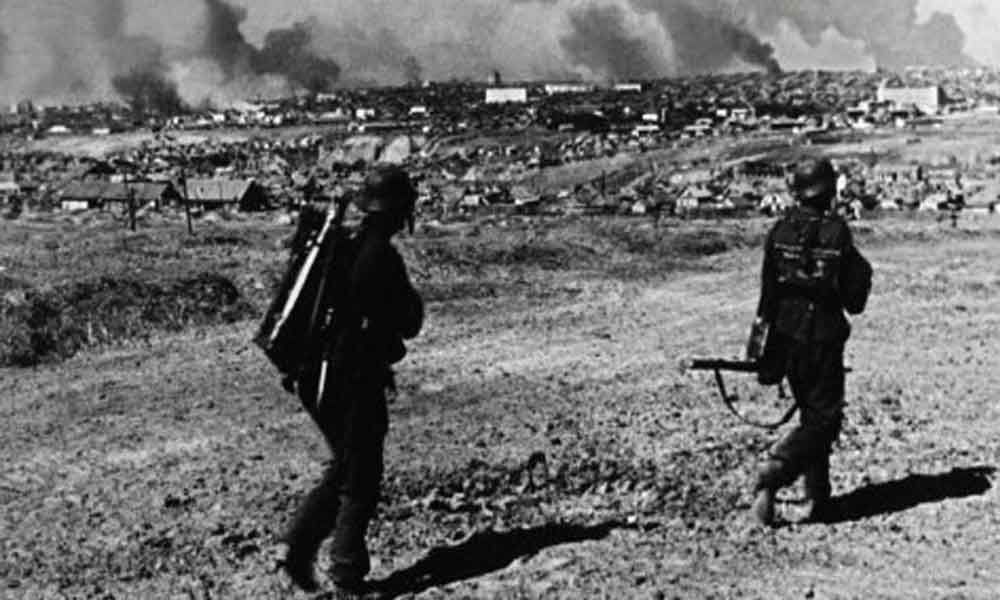 Sepoys Palu Ram and Hari Singh were part of 4th Battalion of the 13th Frontier Force Rifles under the British Indian Army.

Hisar: The mortal remains of two British Indian Army sepoys from here, who laid down their lives fighting the German forces in the World War II, were brought to their native villages in Hisar and Jhajjar districts nearly 75 years after their death, officials said on Tuesday.

Sepoys Palu Ram and Hari Singh were part of 4th Battalion of the 13th Frontier Force Rifles under the British Indian Army.

Their mortal remains were brought to their native villages from Italy on Monday, officials said.

The mortal remains of Palu Ram of Hisar's Nangthala village were handed over to his nephew in the presence of a large number of villagers on Monday.

Capt Pradeep Bali (retd) from the Zila Sainik Board said Palu Ram sacrificed his life at the age of 19 during the war in Italy's Poggio Alto in 1944 while fighting the German forces.

Singh was said to be of 18 years of age when he fought the war. The identity process of the people who died in action went on till about 2010 after their remains were found in Italy way back in the 1960s.

Over six years ago, DNA tests revealed that the two were non-European soldiers and later it was established that the martyrs was from the 4th Battalion of the 13th Frontier Force Rifles.

Later, with the help of the Indian Army and other authorities concerned, Palu Ram and Singh's families were traced and the mortal remains were handed over to their relatives.