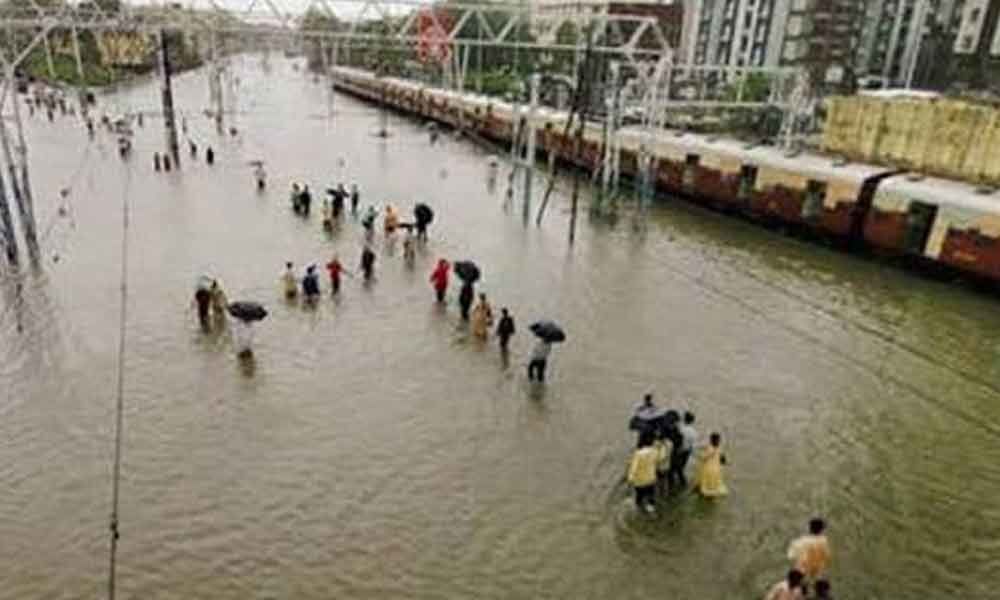 Water, mats and chairs, among others things, have been arranged for commuters at these schools which are located close to railway stations, an official said

MUMBAI: In the wake of hundreds of commuters stranded at railway stations due to incessant rains in the metropolis on Wednesday, the Brihanmumbai Municipal Corporation (BMC) has converted 145 civic-run schools into temporary shelter homes for them.

Train services were badly affected due to water loggings on railway tracks at Bhandup, Mankhurd, Vikroli, Ghatkopar, Vidyavihar and Kurla stations on the Central line and Mahim and Matunga on the Western line, an official said.

On the Central line, train services were suspended from Chhatrapati Shivaji Maharaj Terminus (CSMT) to Thane and on the Harbour corridor from CSMT to Vashi, he said.

On the Western line suburban services were thrown out of gear between Churchgate and Virar, the official said.

Lending a helping hand at this difficult juncture, the BMC opened 145 of its schools to provide temporary shelter to these harried commuters, he said.

Water, mats and chairs, among others things, have been arranged for commuters at these schools which are located close to railway stations, he said.

The Mumbai Police have deployed their personnel to help pedestrians find alternative routes at water-logged roads to reach their destination.

The Maharashtra Sikh Association has opened all gurudwaras under its jurisdiction in Mumbai, Navi Mumbai, Thane and Raigad for people stuck for want of transport.

The Young Men Christian Association at Colaba has also opened its doors for people stranded in South Mumbai. The association is providing shelter and food to them.