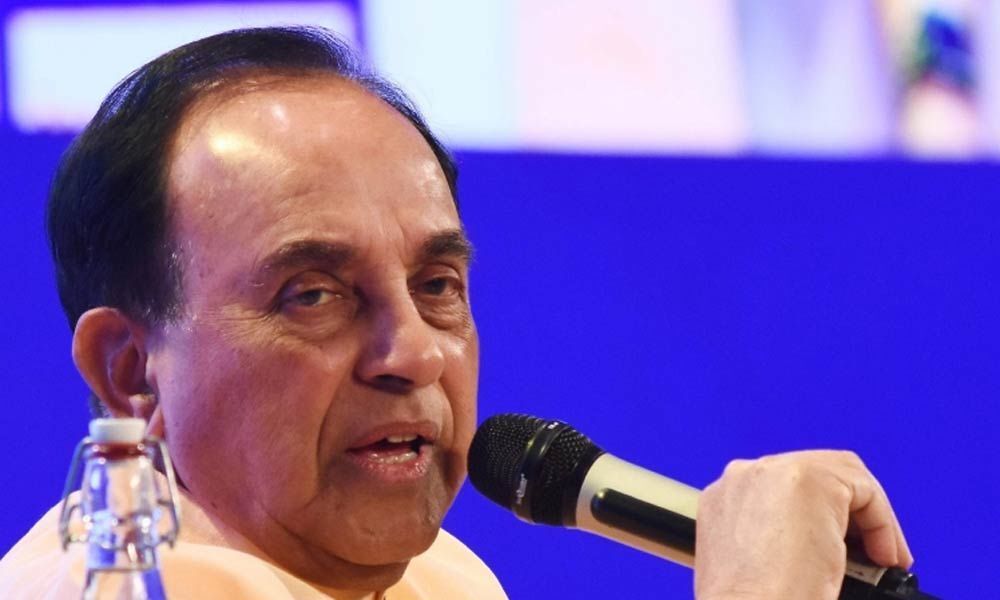 The Gandhis, Vora, Fernandes, Dubey and Pitroda are accused of misappropriation of property, criminal breach of trust, cheating and criminal...

NEW DELHI: BJP leader Subramanian Swamy Friday said in a Delhi court that the officer bearers of the Congress party were cheats in the alleged National Herald scam and its workers were the victims of the cheating.

The BJP leader made the statement before Additional Chief Metropolitan Magistrate Samar Vishal while being cross-examined in the case filed by him against Congress leader Rahul Gandhi, his mother Sonia Gandhi and others.

Swamy, in his private criminal complaint, had accused the Gandhis and others of conspiring to cheat and misappropriate funds by paying just Rs 50 lakh, through which the Young Indian (YI) Private Limited obtained the right to recover the Rs 90.25 crore the paper's publisher, Associate Journals Limited, owed to the Congress.

Besides Sonia and Rahul Gandhi, other accused in the case are senior Congress leaders Motilal Vora, Oscar Fernandes, Suman Dubey and Sam Pitroda and the YI.

All of them have denied the allegations levelled against them.

The Gandhis, Vora, Fernandes, Dubey and Pitroda are accused of misappropriation of property, criminal breach of trust, cheating and criminal conspiracy.

Senior advocate R S Cheema, appearing for Gandhis, suggested during the Friday's proceedings that Swamy never claimed that the Congress party was a victim of cheating perpetrated by the accused persons.

He further said, "The publication of National Herald was later resumed from another site from April 7, 2016. This was well after the summons in this case was issued on 26 June 2014. Therefore, it was an after thought that despite 8 years elapsing, the publication was started. Soon after the closure of publication, the entire staff, journalists and workmen were given VRS."

The publication was resumed "because the DDA and the Ministry of Urban Affair have initiated litigation to acquire Herald House", he added.

Swamy denied that he had projected a picture of final and permanent closure in the complaint "to buttress a false case and had intentionally culled out portion mentioning temporary closure of National Herald".