No FIR lodged by Unnao rape victim's family over accident yet: Police 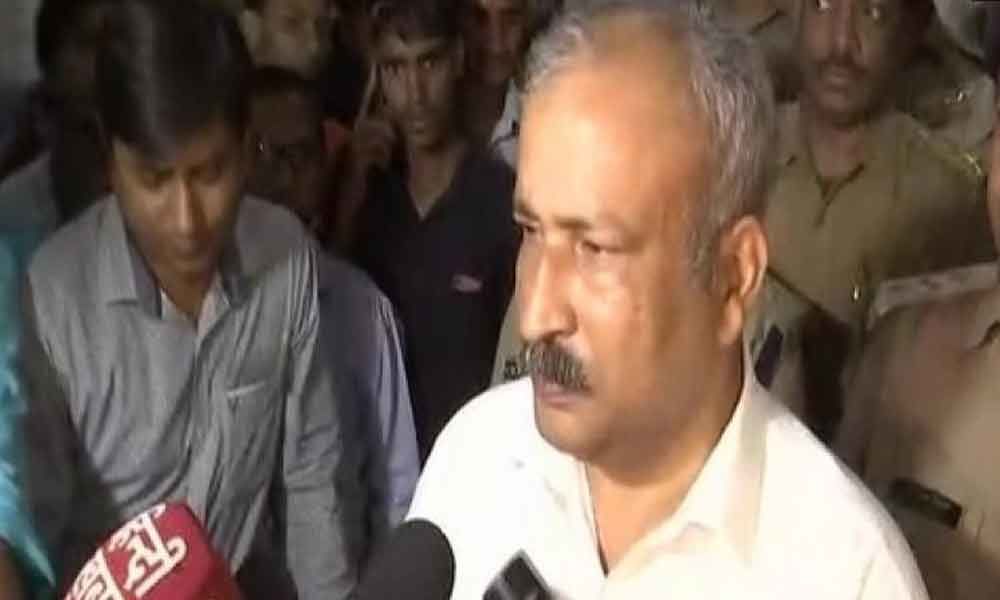 ADG Lucknow said that he had asked Unnao SP to investigate as to why security personnel were not accompanying them.

Lucknow: Hours after a road accident in Rae Bareli claimed the lives of the mother and aunt of Unnao rape victim, Rajiv Krishnan, ADG Lucknow Zone, on Sunday said that no FIR had been lodged by the family over the accident yet.

"The Unnao rape victim's family was travelling in their private car to meet a relative who is in jail. The vehicle met with an accident as it collided with a truck. Two women died in the accident while two others were injured. There were a total of four people in the vehicle. The victim and her lawyer have been injured," Krishnan said.

"I have talked to them. Doctors are providing best medical aid. The truck has been seized. The driver has been held. No FIR has been lodged by them. I have requested them to lodge an FIR. They are waiting for some of their relatives. Action will be taken as soon as they register FIR," he added.

Asked about the truck's licence number painted with black ink, he said, "We have no information about it. But the forensic investigation of both the truck and the car will be conducted and action will be taken."

Talking about the condition of the injured, he said, "Doctors have told me that they (victim and her lawyer) have been put on life support system. Some of their bones have fractured. One of them has a head injury."

Krishnan said that he had asked the Unnao SP to investigate as to why security personnel were not accompanying them.

Asked about allegations of the accident being a conspiracy, the officer said, "Have told the family to lodge an FIR as soon as possible. Whatever they say in FIR, we will investigate it."

BJP MLA Kuldeep Singh Sengar is the prime accused in the rape case of the minor girl critically injured in Sunday's accident.

Superintendent of Police (SP) MP Verma denied having any knowledge of why the victim was not accompanied by bodyguards though security cover has been provided to them.

"I do not have any knowledge of why the victim's family was not accompanied by the bodyguards. We will carry out an investigation to find out the reason behind it. One gunner and two female bodyguards were given to the victim," said Verma.