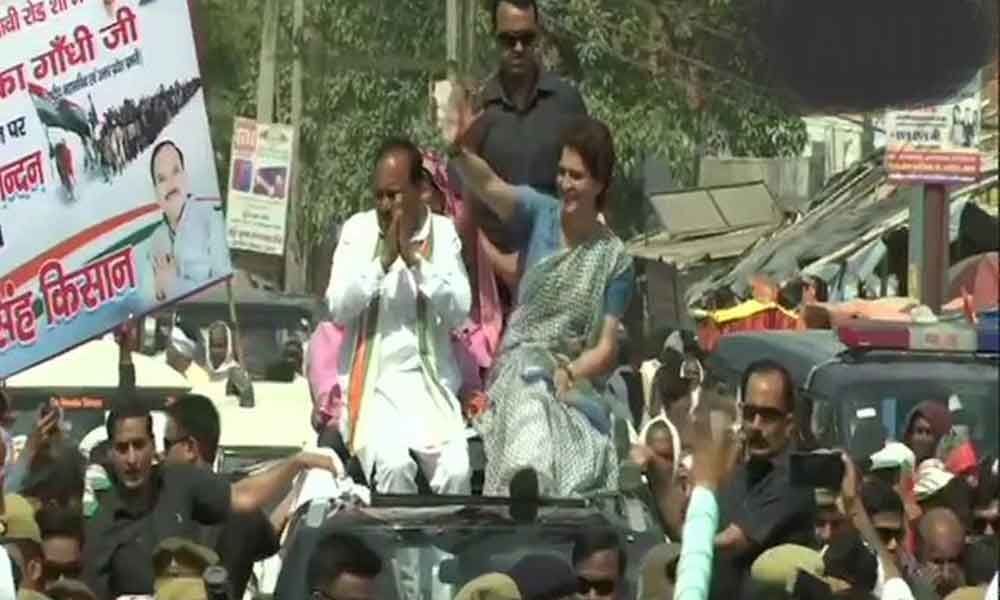 Pritam Singh joined Priyanka in the roadshow in which she waived to the party supporters here. A large number of supporters joined her roadshow.

This time too, the two leaders are pitted against each other.

Uttar Pradesh, where 80 Lok Sabha seats are at stake, is undergoing polls during all seven phases. So far, the election has been held for 26 Lok Sabha seats in the state. The counting of votes will take place on May 23.