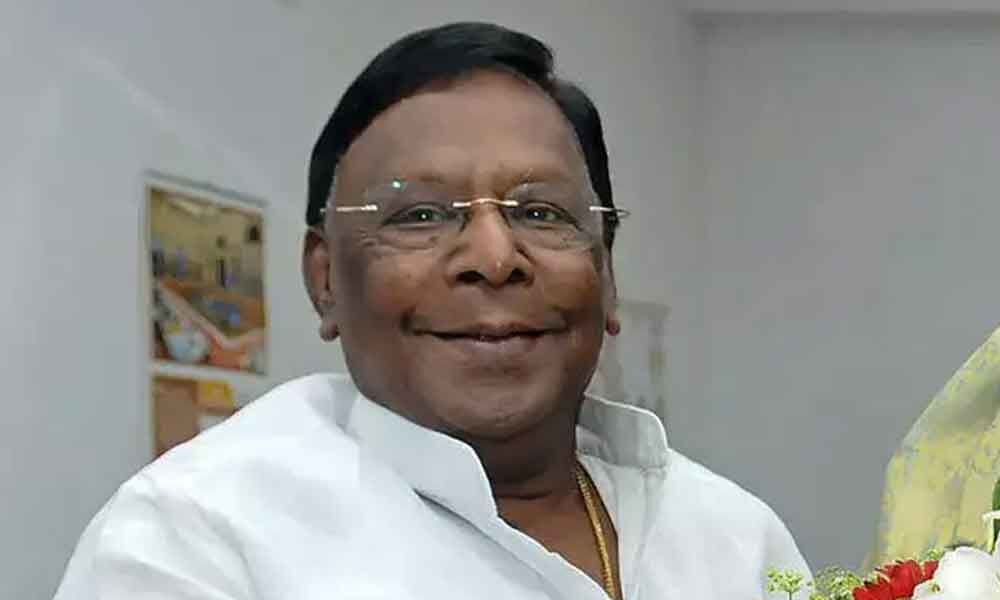 Narayanasamy claimed that his government had extended the benefit of old age pension scheme to 10,000 more applicants.

Puducherry: Puducherry Chief Minister V Narayanasamy Wednesday rejected as "baseless and misleading," the allegations of opposition parties, including the AINRC, that the Congress government here has not implemented welfare schemes since last three years.

Narayanasamy, who was campaigning in Uppalam and Bussy segments here in support of Congress nominee V Vaithilingam, dubbed the alliance comprising BJP, AINRC and AIADMK as an 'opportunistic' combine that was spreading "wrong and baseless" information against his government.

Listing the schemes implemented in the Union Territory, he said as a result of the "sustained fight" with the Centre, the territorial government was able to get the smart city project involving an expenditure of Rs 1850 crores, and a drinking water scheme at an outlay of Rs 500 crores among others.

"When such important projects were brought to Puducherry, the AINRC and its ally the AIADMK have been spreading wrong and misleading propaganda against the government among the people," he added.

Narayanasamy claimed that his government had extended the benefit of old age pension scheme to 10,000 more applicants.

Alleging that the free rice scheme was facing several hiccups because of the obstacles created by Lt Governor Kiran Bedi, the Chief Minister said, "the Welfare and Civil supplies Minister M Kandasamy had howeverstood firmly to implement the scheme and ultimately succeeded in getting the implementation ready."

In view of the election, the supply of rice had been kept on hold and the scheme would be executed in Puducherry once the polls are over, he said.

Noting that the 'Secular Progressive Alliance' was projecting the Congress Chief Rahul Gandhi as its prime ministerial candidate, he said, "the opposition front comprising AINRC and AIADMK was not projecting Narendra Modi during their campaign here as their PM candidate."

Narayanasamy asserted that a Congress government at the Centre alone would enable Puducherry to march forward as it was "totally ignored and cold shouldered" in allocation of funds and approval of welfare schemes during the NDA regime.

Leaders of the DMK and other secular progressive alliance partners accompanied the Chief Minister during his campaign within the town limits.