Rahul Gandhi to file nomination from Wayanad on Apr 4; Priyanka may accompany 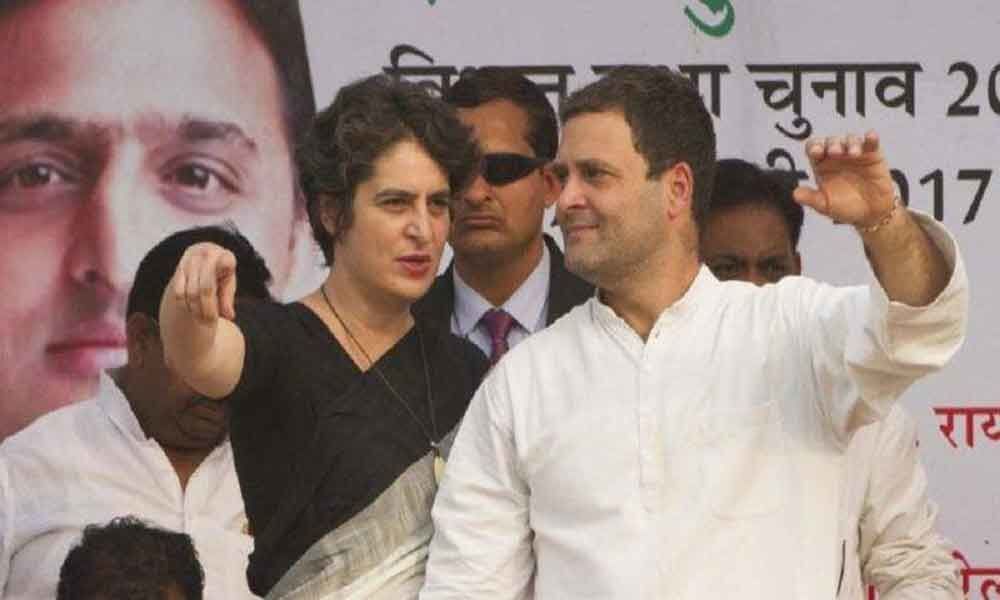 Tight security is in place in Kozhikode and Wayanad districts in view of the high-profile visits.

Kozhikode: Congress president Rahul Gandhi, who is contesting from Wayanad Lok Sabha seat in Kerala in addition to his traditional stronghold of Amethi in Uttar Pradesh, will file his nomination by 11 am on Thursday, senior party leader Ramesh Chennithala said.

Gandhi might be accompanied by his sister and AICC in-charge of eastern Uttar Pradesh, Priyanka Gandhi Vadra, Congress sources told PTI. They said the Congress chief will board a helicopter to Wayanad, about 90 km from here, to file his nomination. "A roadshow will be held tomorrow, before the filing of nomination papers, in which thousands of party workers will take part," Chennithala told reporters here Wednesday. Senior Congress leaders, including Mukul Wasnik, K C Venugopal, Mullappally Ramachandran, and Indian Union Muslim League leader K Kunhalikutty are in Kozhikode to make arrangements for the event.

Tight security is in place in Kozhikode and Wayanad districts in view of the high-profile visits. A senior district police official told PTI that the Congress chief will arrive at 8.30 PM on Wednesday. "He will stay at the guest house and will leave for Wayanad in the morning. Time and logistics are yet to be finalised," he said. He said he cannot divulge the details due to security considerations. The Congress announced on Sunday that Gandhi will contest from Wayanad constituency, besides his traditional stronghold of Amethi. Gandhi has claimed people in South India "feel hostility" from Prime Minister Narendra Modi and said he decided to contest from Wayanad to send out the message that he stands with them.