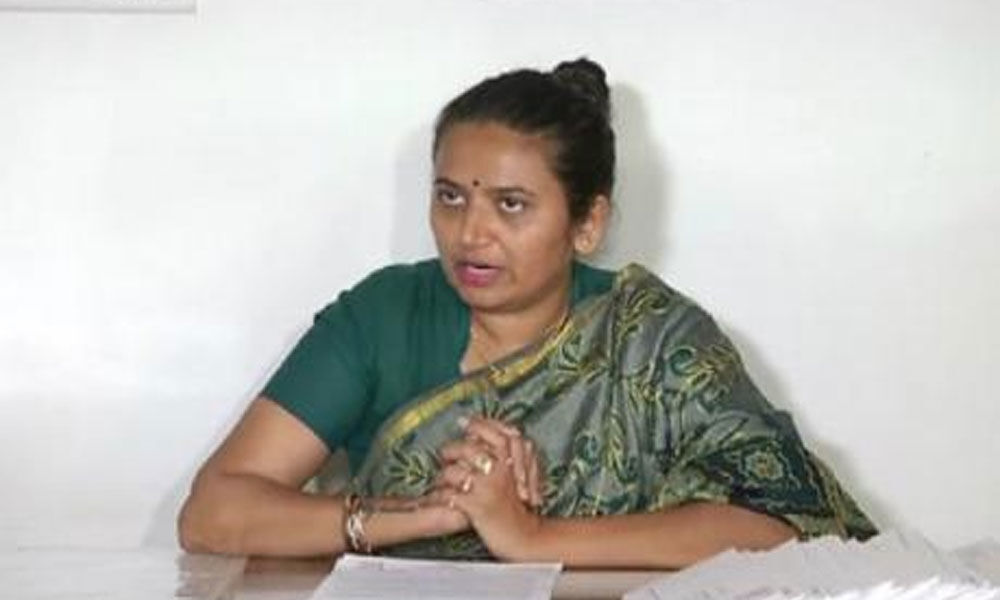 The female face of the two-and-a-half-year Patel agitation in Gujarat, Reshma Patel, who had later joined the ruling BJP, on Friday resigned from it, saying the party was only a "marketing company" and nothing else.

Gandhinagar: The female face of the two-and-a-half-year Patel agitation in Gujarat, Reshma Patel, who had later joined the ruling BJP, on Friday resigned from it, saying the party was only a "marketing company" and nothing else.

In her letter, she said: "BJP has now become only a marketing company and we are being taught to market the false policies and false schemes of the government and fool the public.

"But we want to work to serve the public and bring a positive transformation and work for the country."

Reshma Patel added: "But the autocratic behaviour of BJP leaders have always been compelling the BJP workers to toil as labourers and BJP workers are there only for toiling.

"I no longer wish to continue suffering and injustice being metted out and so (am) freeing myself from sinful partnership of such autocratic leaders, resigning from the party in public interest."

She had joined the Bharatiya Janata Party (BJP) in Gujarat after she was convinced that all the demands from the Patel community had been accepted by the government.

The BJP has been in power in Gujarat for more than two decades, primarily backed by the Patel community.

When Patel was inducted into the BJP along with a couple of other Patidar Anamat Andolan Samiti (PAAS), she was assigned the role of a spokesperson.

But lately, Reshma Patel had been upfront on her stand against the party and had been openly vocal about it.

She had been criticizing the BJP over various issues.