Sacrifice of those killed in Naxal attack will not go in vain: PM Narendra Modi 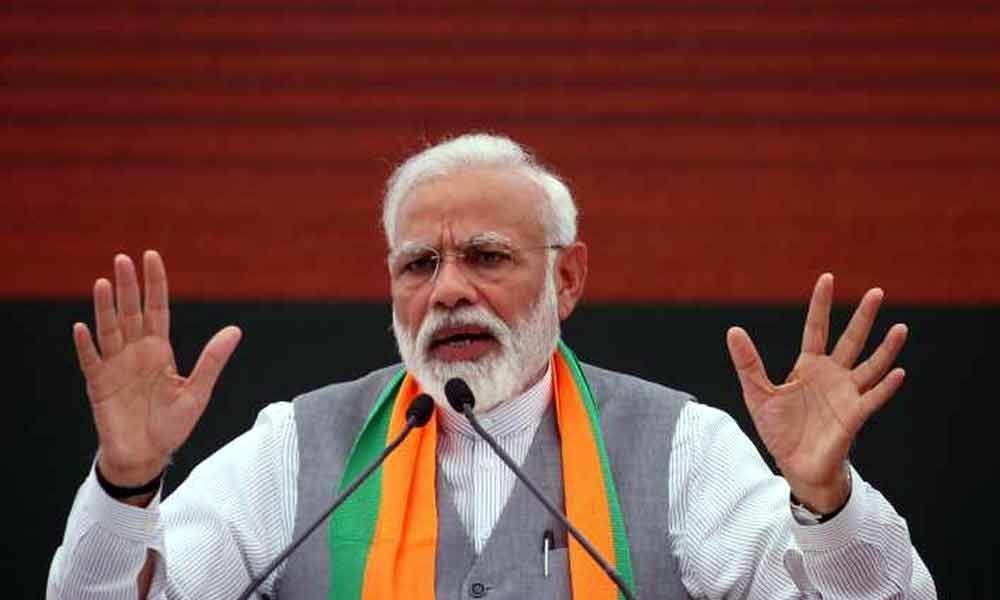 BJP MLA Bhima Mandavi and four security personnel were Tuesday killed when their convoy was attacked by Naxalites in Chhattisgarh's Dantewada district, days before the first-phase elections.

NEW DELHI: Prime Minister Narendra Modi Tuesday "strongly" condemned the Naxal attack in Chhattisgarh, saying the sacrifice of those killed will not go in vain.

BJP MLA Bhima Mandavi and four security personnel were Tuesday killed when their convoy was attacked by Naxalites in Chhattisgarh's Dantewada district, days before the first-phase elections in the state, police said.

"Strongly condemn the Maoist attack in Chhattisgarh. My tributes to the security personnel who were martyred. The sacrifices of these martyrs will not go in vain," Modi tweeted.

The incident occurred at Shyamagiri hills when the MLA's convoy was heading towards Kuwakonda from Bacheli area, which is about 450 km from state capital Raipur.

The Naxalites blew up a vehicle in the convoy with an IED and opened fire at the occupants. The MLA and four security personnel were killed in the attack, police officials said.

The prime minister said Mandavi was a dedicated 'karyakarta' (worker) of the BJP.

"Diligent and courageous, he assiduously served the people of Chhattisgarh. His demise is deeply anguishing. Condolences to his family and supporters. Om Shanti," he tweeted.