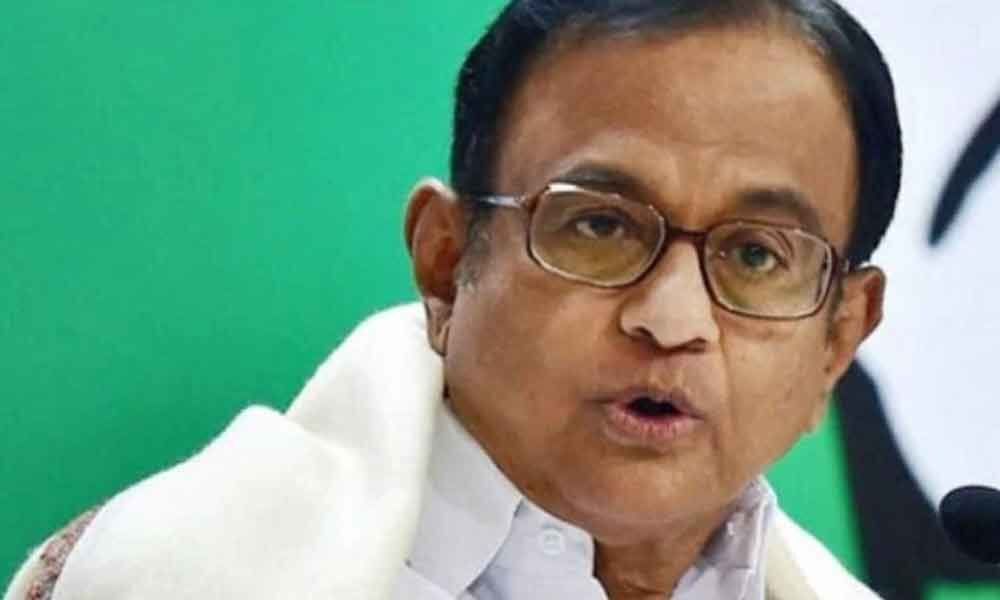 If the apex court gives relief in both the CBI and ED cases, then Chidambaram will be out on bail.

New Delhi: Thursday is a crucial day for former finance minister and veteran Congress leader P Chidambaram, whose fate will be decided by the Supreme Court which is scheduled to pronounce verdict on his plea challenging the Delhi High Court's verdict denying him anticipatory bail plea in the INX Media money laundering case lodged by the Enforcement Directorate.

The apex court is also likely to pass order on his plea challenging the issuance of the non-bailable warrant (NBW) against him and the subsequent remand orders for custodial interrogation issued by the trial court in the corruption case lodged by the CBI.

Chidambaram's 15-day CBI custody, ordered by the special court in five spells, which started after his arrest on August 21 night, comes to an end on Thursday.

His fate will also be decided by the trial court which reserved order on anticipatory bail applications in the cases registered by the CBI and the ED in the Aircel-Maxis deal scam.

In the Supreme Court, a bench of Justices R Banumathi and A S Bopanna, had reserved orders on August 29 on the Chidambaram's plea in the ED case. While reserving the orders the bench had said it would decide on the question whether to look into the documents placed before it by the ED in a sealed cover.

Chidambaram, who was arrested on August 21, is in the CBI custody till Thursday in INX Media corruption case. He is likely to be produced before the special judge on expiry of his remand period.

The top court had on September 3 ordered that Chidambaram would remain in the CBI custody till September 5 despite the probe agency insisting that it did not require his further custodial interrogation.

CBI had lodged an FIR on May 15, 2017, alleging irregularities in FIPB clearance granted to INX Media group for receiving overseas funds of Rs 305 crore in 2007 during Chidambaram's tenure as finance minister. Thereafter, ED lodged a money laundering case in 2017. The Delhi High Court had on August 20, rejected anticipatory bail pleas of Chidambaram in the INX media scam cases lodged by CBI and ED.

If the apex court gives relief in both the CBI and ED cases, then Chidambaram will be out on bail.