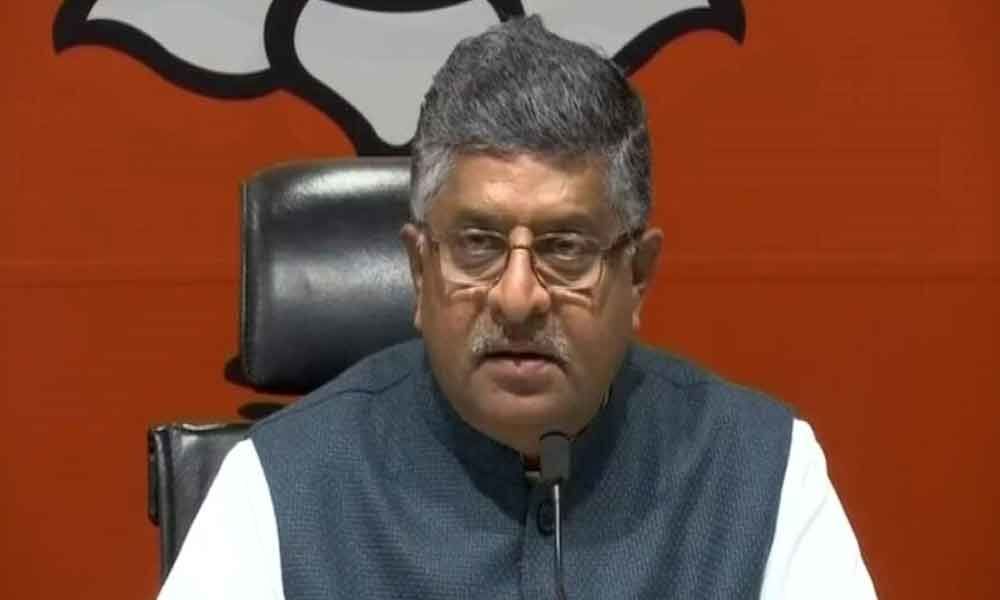 New Delhi: The BJP on Tuesday condemned Opposition parties for questioning the credibility of electronic voting machines and asked them to accept their defeat with grace if the people vote Prime Minister Narendra Modi to power again.

Party leader and Union Law Minister Ravi Shankar Prasad took a swipe at the Opposition, saying EVMs were fine when its leaders like Mamata Banerjee, N Chandrababu Naidu and Amarinder Singh win elections and come to power, but the machines turn unreliable when it appears Modi will come back to power.

"When they win, as they did in state polls recently, EVMs are trustworthy. But when they lose, they become questionable. Their selective trust in the EVMs is hypocritical and mischievous," he said.