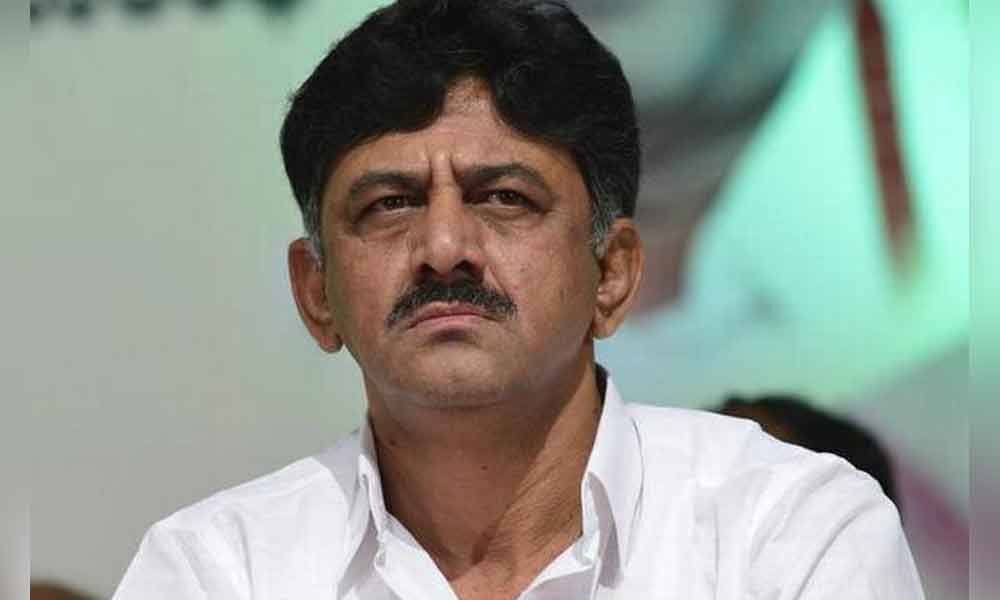 A court here on Wednesday sent Congress leader D.K. Shivakumar to the Enforcement Directorate (ED) custody for 10 days, a day after the financial probe agency arrested him on money laundering charges.

He would be presented before the court again on September 13.

The former Karnataka minister was presented before a special MP/MLA court, which was presided by Special CBI Judge Ajay Kumar Kuhar.

Additional Solicitor General K.M. Natraj, representing the ED, told the court that the Income Tax department seized many records that show transaction to the tune of Rs 8.59 crore initially.

He also said that Shivkumar has been evasive and non-cooperative during the investigation.

"Incriminating evidence has been found. He has been evasive. Cash and documents have been recovered. He generated huge amount of money by misused his position. He is accused of commission of great economic offence. His whole family has growth of phenomenal assets in the last few years.

"There is reason to believe that the accused is guilty of laundering. There is need to unearth the modus operandi, ascertain known and unknown properties belonging to him and his family members of which they are beneficial owners and also ascertain the source of money and the proceeds of crime," Natraj argued.

Singhvi also argued that the liberty of the accused was at stake when the ED was asking for his prolonged custody. He had also moved a bail application for Shivakumar.

"You need to show that what you could not do for four continuous days. He has been questioned for 33-34 hours...investigation is now in its fifth day. Para 8 of the remand application says that on two dates, DK Shivkumar did not join the ED probe but joined on many other occasions. They never bothered to arrest him then, but today they want to press those two dates on which he couldn't join the probe.

"Please recall any statement recorded in the last 33 hours of questioning and see if there is any question that Shivkumar hasn't answered. Police remand must be denied and he be sent to judicial custody," he argued.

Singhvi also contended that Shivakumar was not given food on Wednesday and that he was interrogated by three officers simultaneously.