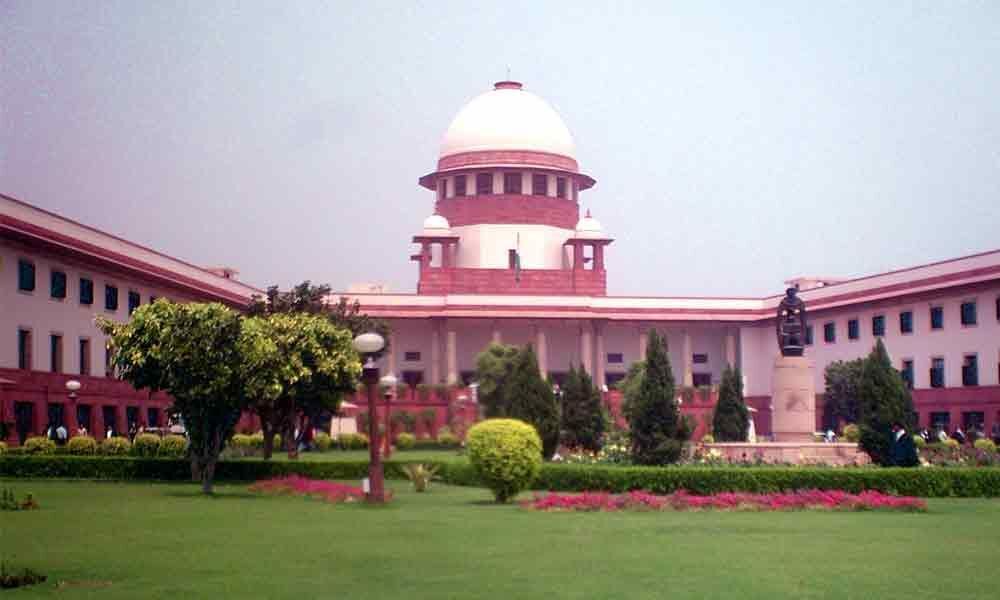 The Supreme Court on Tuesday reserved its order for Wednesday at 10.30 am on a plea made by as many as 15 rebel MLAs from Karnataka for a direction to the Speaker to decide on their resignations.

New Delhi: The Supreme Court on Tuesday reserved its order for Wednesday at 10.30 am on a plea made by as many as 15 rebel MLAs from Karnataka for a direction to the Speaker to decide on their resignations.

A three-judge bench presided over by Chief Justice Ranjan Gogoi wrapped up hearing the arguments on questions like if the resignations of the disgruntled MLAs have to be decided by the Speaker before dealing with the disqualification proceedings.

During the hearing, the court wondered if it can order appointment of pro tem Speaker and conduct floor test within 24 hours in Karnataka Assembly last May, why it can't tell the Speaker to decide on the MLAs' resignations.

The Bench, also comprising Justices Deepak Gupta and Aniruddha Bose, also sought to know from the Speaker as why he did not decide upon the resignations.

The court observed it can't be fettering the power of the Speaker, but it sought to know if there was an obligation for him to decide the disqualifications before resignations.

Senior advocate Mukul Rohatgi, appearing for the rebel MLAs, contended pendency of disqualification was no bar to accept resignations.

He said the 10 MLAs resigned on July 6 but the Speaker did not decide upon their resignations.

Rohatgi cited the example of then MLA Umesh Jadhav whose resignation was accepted by the Speaker even though disqualification proceedings were pending. "Disqualification is like mini trial and it is a matter of evidence, it is adversarial list.

Once resignation moved, it must be decided in its own parameters, if it is voluntary and genuine. I can understand if a gun is put on a temple, but here they have appeared before the Speaker twice," he said.

There is no way, the inquiry under Article 190 of the Constitution can be prolonged or mixed up with disqualification, Rohatgi said. "If I don't want to become MLA, you can't force me to attend the House.

I don't want to defect. I want to go to public. Speaker is coercing me to continue in the House," he said, adding resignation must be decided.

"It must be deemed resignations if he does not decide. He is infringing upon my rights. The trust vote is day after, now the idea is issue a fresh whip.

This government is in minority. It is simple. They want to keep the sword of disqualification hanging," he said.

Spelling out on emerging possibilities, Rohatgi said the MLA can resign and join the next government, if his resignation was accepted. Even if he was disqualified, he can contest again and become minister after three months.

He said the whole exercise of date, speed is wrong equation. Even if it takes months and years later, disqualification can take place. Date and race is irrelevant as MLA would lose all perks and allowance on disqualification.

"This court is not to decide the existence or seriousness of disqualification. It was for the first time on July 11, they appeared before the Speaker. Four persons have till the date did not appear," he said.

The Bench, however, asked him as to why the Speaker did not do anything when the MLAs resigned on July 6. "Why did not he decide when they appeared on July 10.

We are now told disqualification has to be decided first...To trap the jurisdiction of this court would be totally abhorrent to Constitutional scheme," the Bench said.

Singhvi said, "You are asked to issue mandamus consequences of which would be irreversible."

"You may indicate the time limit. This is not an extreme case where you should intervene," he said, offering to decide resignations and disqualification proceedings by Wednesday.

"Evil of defection is to be controlled. There have been degradation, that is reality of public life. I am imploring not to enter into political thicket. You cannot take away my vested right by Article 32 petition," he said.

In his rejoinder, Rohatgi said here is a Speaker who wants to prop a government which has lost majority. The idea is to force an unwilling MLA. He asked the court to maintain the interim order of status quo and exempt 15 MLAs from appearing in the Assembly.

They want the court to interfere with the Speaker and enter the political thicket. He warned that there would be political chaos and free run if the court maintained its order of status quo.