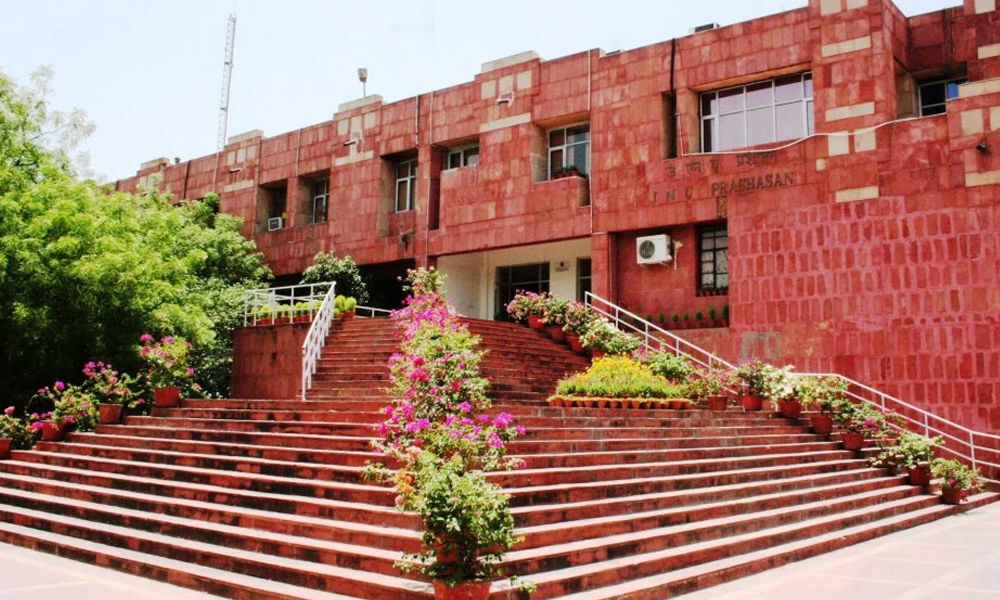 Seven students have been on a hunger strike since last week in protest against the online system of entrance exam that will be implemented from this academic session.`

According to sources, students from Left outfits went to the vice-chancellor's residence to demand an audience with him since he had not been meeting them. When they went to meet him last week, he offered them sweets rather than addressing their concerns.

On Monday evening, the students allegedly barged inside Kumar's residence while he was away and surrounded his wife. Police were called in and the wives of other university professors rescued her, a professor said.

Kumar's wife was rushed to a hospital as she was in a state of trauma.

"This evening few hundred students forcibly broke into my JNU residence and confined my wife inside home for several hours while I was away in a meeting. Is it the way to protest? Terrorosing (sic) a lonely lady at home?" Kumar asked on Twitter.

A student from a Left outfit rejected the allegation and said a group of students had gone to meet the vice-chancellor, but they were allegedly manhandled by security personnel.

"We had gone to his residence to meet the V-C. We were manhandled by security personnel and many students have sustained injuries, including JNUSU president N Sai Balaji," the student said.