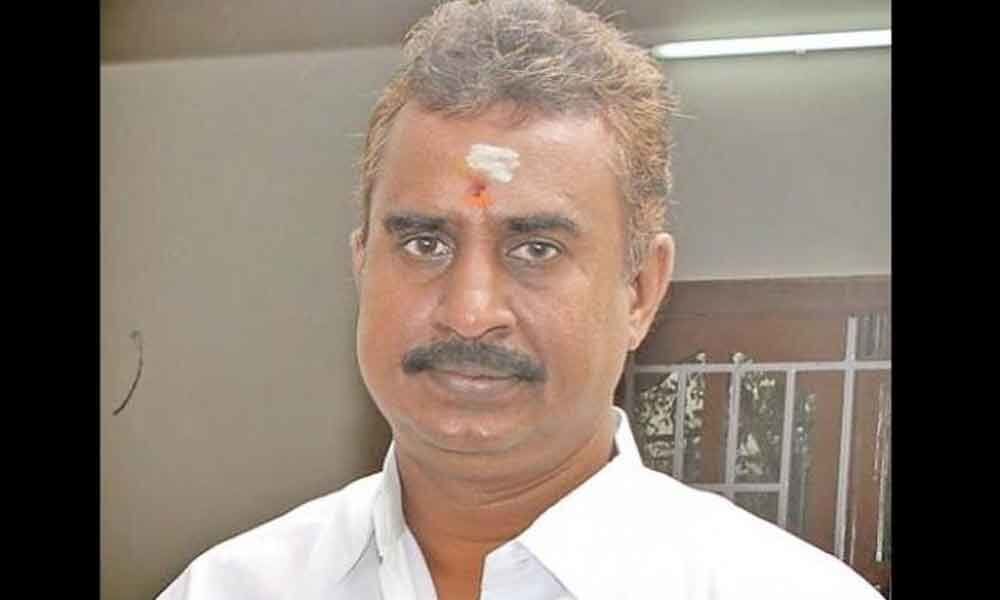 SP Velumani on Tuesday urged people of the state to take up the 'rainwater challenge', as he appealed volunteers to spread the word.

Chennai: With parts of Tamil Nadu including Chennai facing a water crisis, State municipal administration minister SP Velumani on Tuesday urged people of the state to take up the 'rainwater challenge', as he appealed to celebrities and volunteers to spread the word.

In a video released as part of the campaign, the minister said a 200-sqft house can store water for one whole year if rainwater is harvested properly.

"Let us not waste even one drop of rainwater. Let us take it as a challenge and execute it," said Velumani who was casually dressed in the video footage.

"I request those who are famous among the public, those who care for people and voluntary organisations to emphasise the importance of harvesting rainwater," he added.

The 57-second video ends with a hashtag #rainwaterchallenge.

Due to failure of the northeast monsoon in 2018 and deficient rainfall in 2017, Chennai and other parts of Tamil Nadu are facing an acute water shortage.