Tricolor to be hoisted in every Panchayat of J&K on Independence Day: G Kishan Reddy 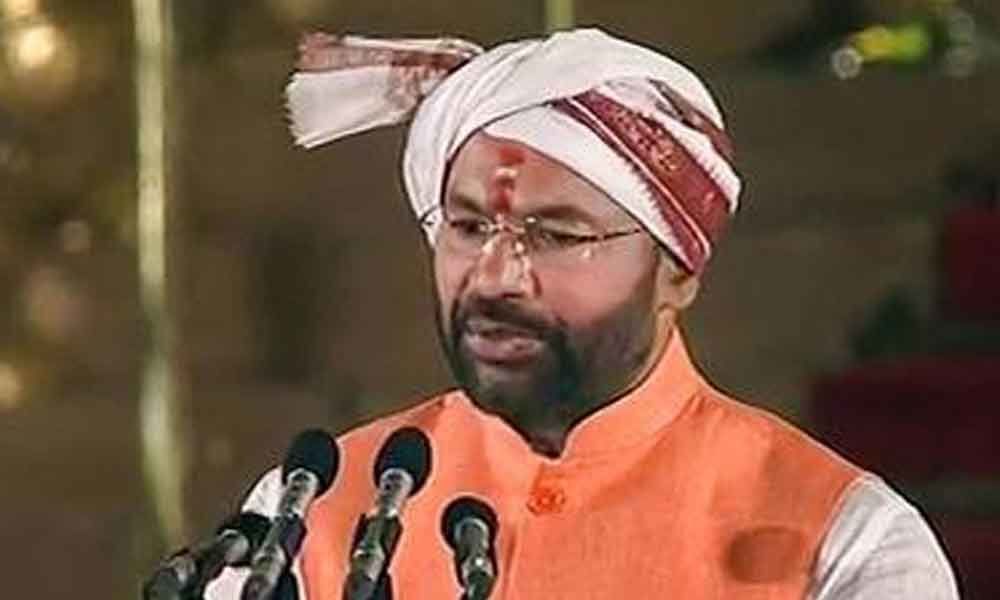 The Minister also appealed to the people of Kashmir to hoist the national flag in their homes on August 15.

New Delhi: Minister of State for Home Affairs G Kishan Reddy on Friday said the tricolour will be hoisted in every panchayat of Jammu and Kashmir on this Independence Day.

"For this, an advisory has been issued by the Central government to the sarpanches of all Gram Panchayats of the state, which states that all should ensure the hoisting of the national flag in their panchayats on the August 15," Reddy told media persons here.

The Minister also appealed to the people of Kashmir to hoist the national flag in their homes on August 15.

Discussing the situation after the abolition of Article 370, he said: "The situation is gradually becoming normal. People are leaving their homes and there is no notice of any kind of disturbance from anywhere."

He said the Army has been deployed in Jammu and Kashmir on a large scale as the Pakistan government has openly stated in their Assembly that "they are ready to do anything and go to any extent. Hence, there is a need to be vigilant as a precautionary measure and the deployment of paramilitary forces was a must".

Reacting to the return of Congress leader Ghulam Nabi Azad and Communist Party of India (Marxist) leader Sitaram Yechury from Srinagar airport, Reddy said: "All this has been done keeping in mind the security system. This step has also been taken by the state police."

He also said the National Conference (NC) leader Farooq Abdullah has neither been detained nor he is being prevented from going anywhere.

However, he admitted that some leaders must be detained so that the atmosphere in Jammu and Kashmir does not deteriorate.

Reddy said that Azad is the Leader of Opposition and he can go anywhere in the country and celebrate Eid anywhere.

He said that he himself will visit Jammu and Kashmir in the last week of this month and review the situation.

"I hope that the people of Jammu and Kashmir will become partners in the development of the country," he said.