VK Sasikala claims that her membership in the AIADMK continues 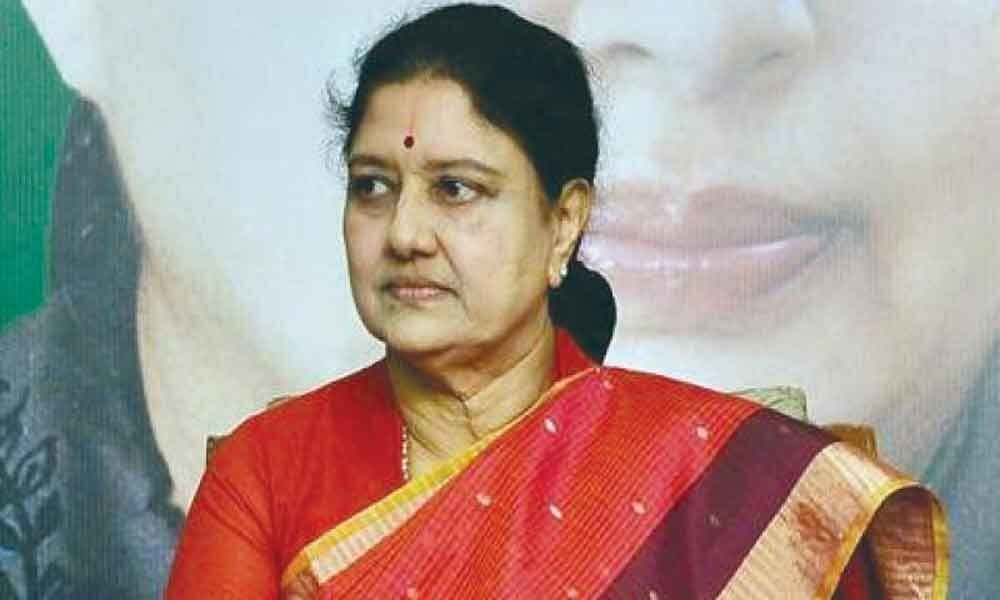 "Sasikala offered a written reply through jail authorities okaying the review petition and expressed her determination, to take up the legal battle against the traitors, to stake claim over AIADMK."

CHENNAI: On Wednesday, former chief minister J Jayalalithaa's close-aide, VK Sasikala, moved Supreme Court with a petition that seeked to review its March 26 order, which upheld the orders of the election commission and Delhi high court, allotting AIADMK name and two leaves symbol to the group led by O Panneerselam and Edappadi K Palaniswami. "It is pertinent to note that Dhinakaran, petitioner in connected civil appeal, arising out of special leave petition, after the order dated March 26, has been given a common symbol by election commission for 59 candidates set up by him in Tamil Nadu and Puducherry. Dhinakaran, thereafter, has applied for registration of a new political party, whereas, the petitioner herein still continues to be the member of AIADMK and challenging the order passed by the court," Sasikala said. It was alleged by the convict in disproportionate assets case that the court dismissed the special leave petition in limine, without entering into the merits of the case.

According to the provisions of the constitution of AIADMK, the post of general secretary was the backbone of the party. The election to the post was to be done by primary members, and provision to such election was not amendable.

During the pendency of the election, respondents E Madhusudanan, O Panneerselvam and S Semmalai had a discussion before the election commission. They then carried out the fundamental alterations in the constitution by deleting the provisions relating to general secretary and replacing it with coordinator and joint coordinator and making it electable and not through primary members, but by the general council.

"The court failed to appreciate that the high court and election commission failed to address the consequences arising from such abrogation from the basic structure of the constitution of AIADMK," Sasikala said. N Raja Senthoor Pandian, Sasikala's lawyer, said that he had discussed with the jailed leader on April 12. "She offered a written reply through jail authorities okaying the review petition and expressed her determination, to take up the legal battle against the traitors, to stake claim over AIADMK," said Pandian. The review petition was signed by Sasikala on Tuesday.