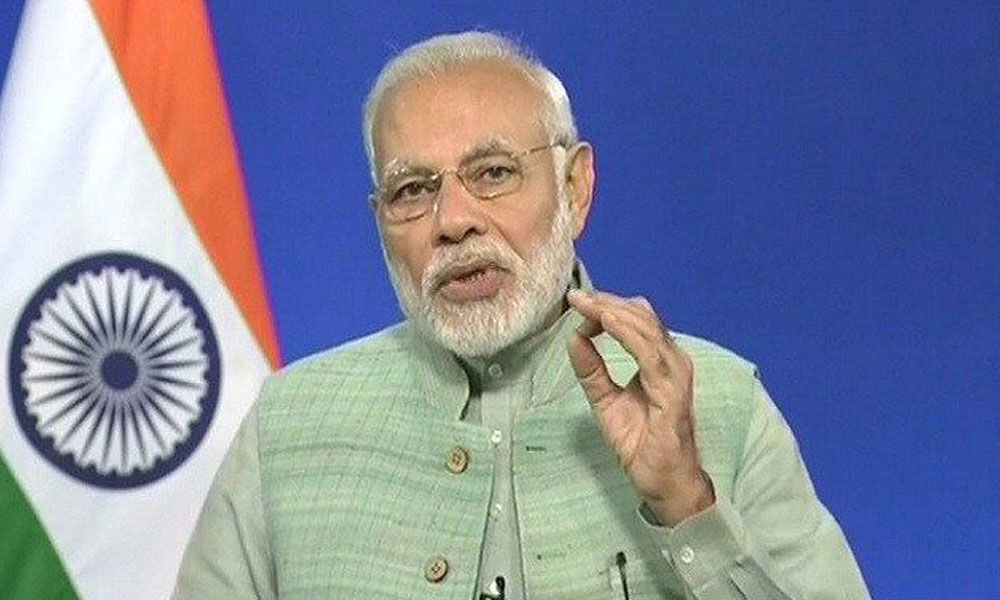 New Delhi: Ahead of the Lok Sabha elections, Prime Minister Narendra Modi took to twitter on Wednesday and appealed to politicians and other eminent pe...

New Delhi: Ahead of the Lok Sabha elections, Prime Minister Narendra Modi took to twitter on Wednesday and appealed to politicians and other eminent personalities to encourage increased voter participation and urged them to inspire more people to come out and vote during the upcoming Lok Sabha polls.

"May voter awareness efforts be strengthened across the length and breadth of India.""Dear Nitish Kumar, Ram Vilas Paswan and Pawan Chamling, soliciting your support and active participation in improving voting across the country in the coming elections. Let us strive to create an atmosphere where maximum voting can take place," he tweeted. He said that increasing awareness among the youth on the importance of voting is a "paramount task."

The Prime Minister also reached out to members of the film fraternity, sportspersons, businessmen, spiritual leaders and members of the media to help enhance voter turnout.While tagging actors Mohanlal and Nagarjuna Akkineni, the Prime Minister wrote, "Your performances have entertained millions over the years and you have also won many awards.

I request you to create greater voter awareness and urge people to vote in large numbers. The award here is, a vibrant democracy."In another tweet, Prime Minister Modi wrote, "Dear @SriSri ji, @SadhguruJV ji, @yogrishiramdev ji and Sri M, Spiritual leaders like you inspire many through words and work. I request you to also inspire people towards greater democratic participation. Please encourage greater voter awareness."

"Voting is not only a right but it's also a duty. Dear @BeingSalmanKhan and @aamir_khan, It is time to inspire and motivate youth in your own Andaz to vote so that we can strengthen Apna Democracy & Apna country," Modi tweeted."Urging @SrBachchan, @iamsrk and @karanjohar to creatively ensure high voter awareness and participation in the coming elections. Because…its all about loving your democracy (and strengthening it)," read another tweet.

In another post, he wrote, "When Lata Mangeshkar didi, Sach Tendulkar and A R Rahman say something, the nation takes note! I humbly request these remarkable personalities to inspire more citizens to come out and vote in the 2019 elections. A vote is a great way to make the people's voice heard."

Besides them, Modi also appealed to RSS, NCC, NSS and Nehru Yuva Kendra to "help increase voter awareness and tap the power of society for democracy." He wrote, "Dear Ratan Tata, Anand Mahindra and Ashish Chauhan, India wins when our democracy gets strengthened. Ensuring maximum participation in voting is the perfect way to strengthen democracy. Can we all make this happen?"

He added, "My fellow Indians, urging you all to strengthen voter awareness efforts across India. Let us all ensure maximum number of Indians come out to vote in the 2019 Lok Sabha elections." Seven-phased elections in the country will begin on April 11 and will culminate on May 19. The counting of votes will be done on May 23.