Wanted PM who can attack Pakistan: Uddhav Thackeray on alliance with BJP 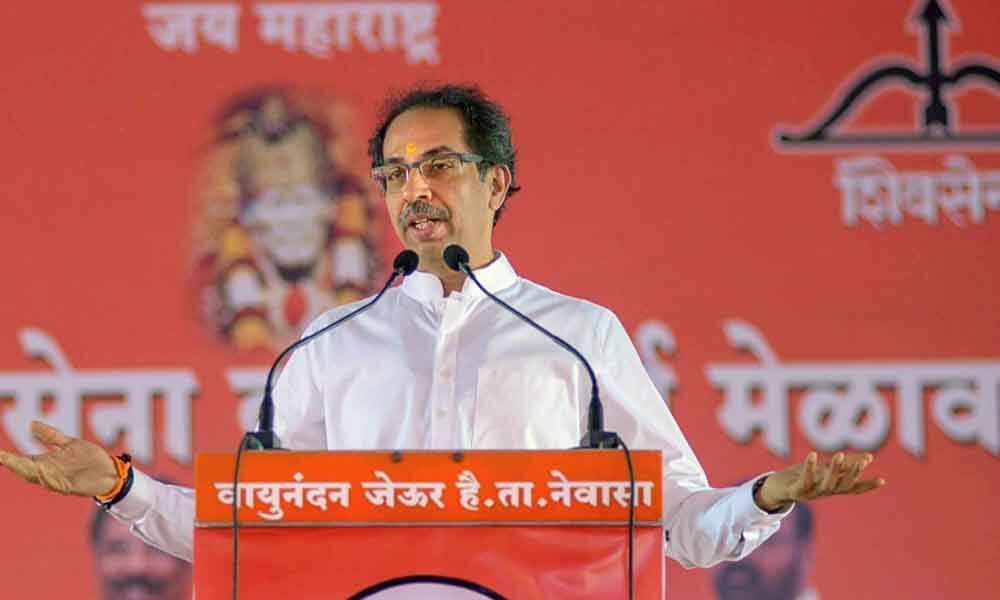 Shiv Sena chief Uddhav Thackeray on Friday said that his party went into an alliance with the BJP because he wanted a Prime Minister who can attack Pakistan.

Aurangabad: Shiv Sena chief Uddhav Thackeray on Friday said that his party went into an alliance with the BJP because he wanted a Prime Minister who can attack Pakistan.

"Shiv Sena wanted a Prime Minister who can attack Pakistan and so we went into an alliance with BJP," said Thackeray while addressing a public rally in Aurangabad.

Slamming the Congress party on its stance on Article 370, he said, "All laws in Kashmir should be on par with the rest of India. Congress does not want to abolish Article 370, while leaders like Farooq Abdullah and Mehbooba Mufti have said that if Article 370 is abolished there will be no one to respect the tricolor."

Thackeray also came down heavily on former JNU Students Union president Kanhaiya Kumar who is contesting on a CPI ticket from Begusarai in Bihar. "People like Kanhaiya Kumar preparing to enter Lok Sabha is very sad, he is a separatist," he said.

Hitting out at NCP chief Sharad Pawar's statements on Shiv Sena's pre-poll pact with BJP, Thackeray said, "Sharad Pawar left Congress abusing Rajiv Gandhi and pledged that he would never join Congress till the end. He is black at heart. Pawar later joined Congress. How can such a man say that the alliance of Shiv Sena and BJP is not fair?"