Chandrababu Naidu leads by example, does yoga asanas in Vijayawada 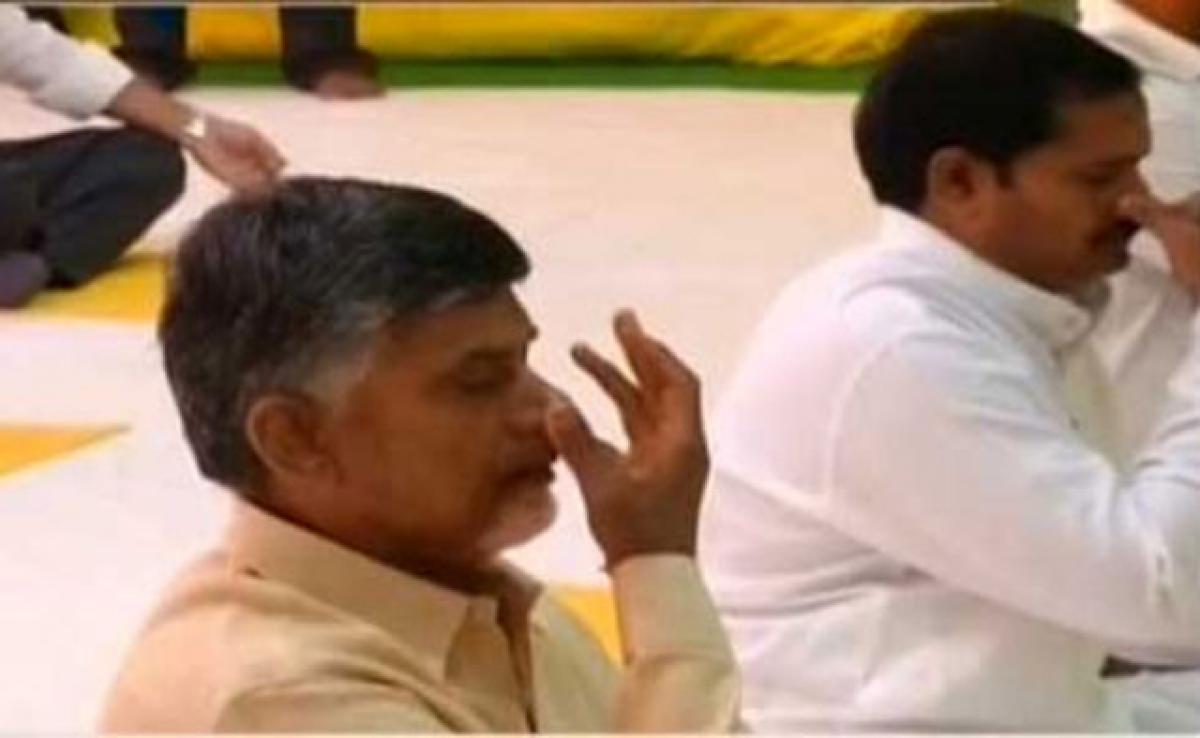 Andhra Pradesh Chief Minister Chandrababu Naidu practised yoga on the occasion of International Yoga Day day at a convention hall in Vijayawada. It appears that this was the best way the AP Chief Minister could beat stress. Babu performed yogic postures amid a relaxed atmosphere.

Till yesterday, Chandrababu was seen tirelessly conducting a series of meetings with his party leaders and higher officials in connection with the cash-for-vote scam. But today, the 65-year-old chief minister looked relaxed thanks to Yoga day which is being celebrated across the world.

Several ministers, cabinet colleagues and other officials joined him in practicing various yoga asanas on the occasion. Speaking on the occasion, he announced Rs 25 crore as a special fund to promote yoga in the state. "Yoga is part of our life. It is the biggest asset given to us by our forefathers. It is above religion, caste, region and economic status," he said. 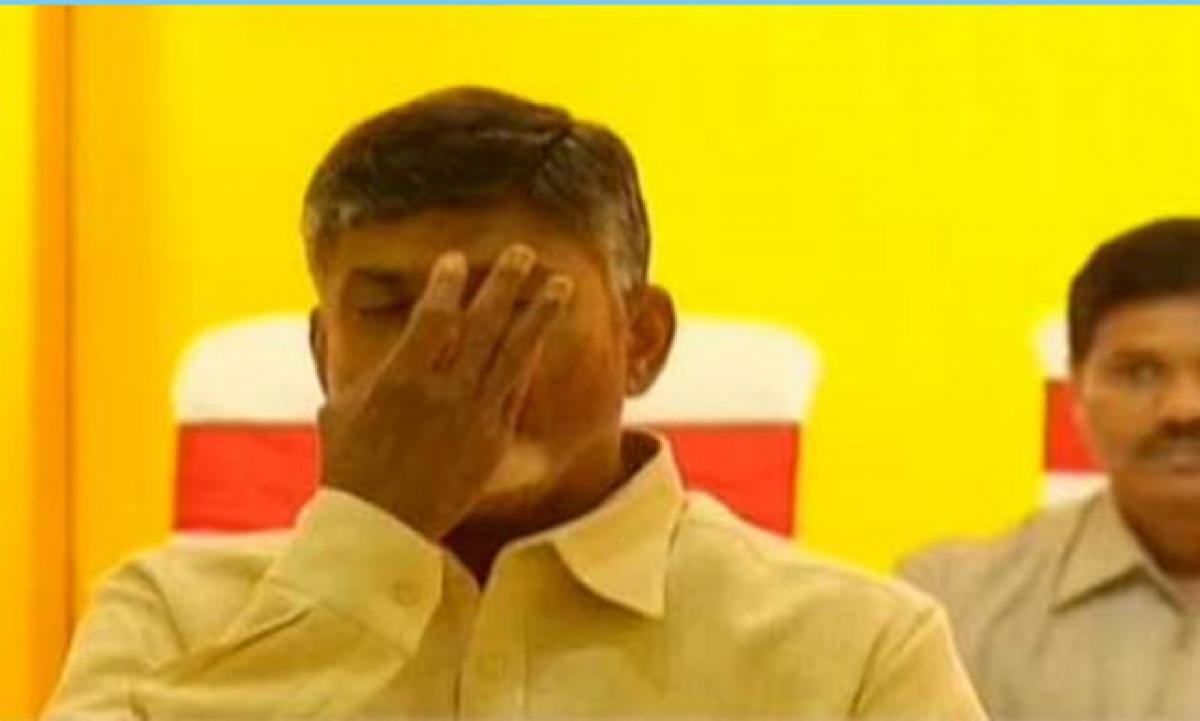