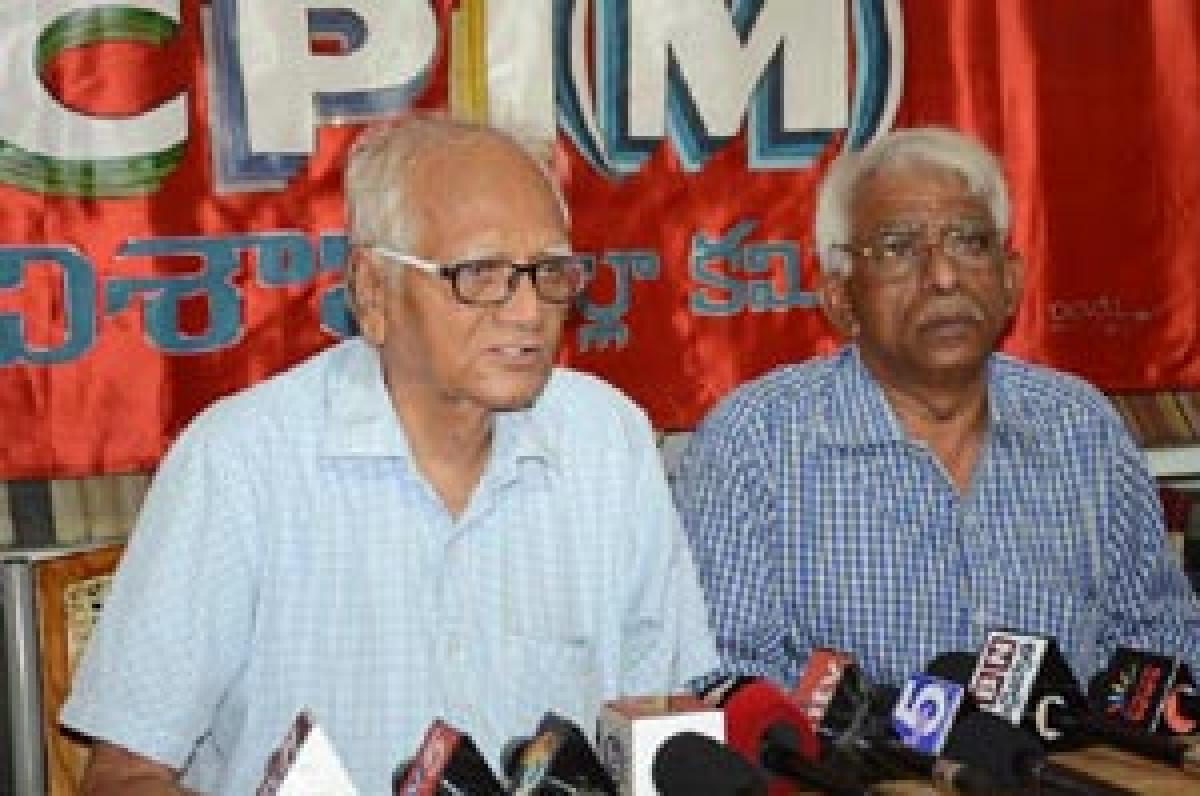 The city has been facing severe water crisis as no alternative sources of supply were explored for the past 26 years, said former chief engineer of irrigation department S Satyanarayana.

Visakhapatnam: The city has been facing severe water crisis as no alternative sources of supply were explored for the past 26 years, said former chief engineer of irrigation department S Satyanarayana.

The 90-year-old expert in water management, along with senior CPM member Ch Narsinga Rao, told reporters on Wednesday that the city needs 170 million gallon per day (MGD) of water for both domestic and industrial needs and the present supply is around 120 MGD. As on date, Yeleru has 80 MGD, Tatipudi 10 MGD, Raiwada 16 MGD, Mehadrigedda 10 MGD, Boni and others 04 MGD.

Satyanarayana said the population of Visakhapatnam has been growing rapidly every year and demand would increase to 400 MGD as assessed by Bachawat Commission while giving award on Godavari waters.

Yeleru has been the main source for meeting the requirement of Visakhapatnam Steel Plant and NTPC, but the reservoir has dried up and reached dead storage level due to severe drought in the past few years.

He said the alternative source to Yeleru is to lift water at Kateru from Godavari. Around 150 cusecs is being drawn, but by the time it was reaching Visakhapatnam, the quantum is being reduced to 70 cusecs.

The former chief engineer suggested two options to tide over the crisis. Drawing of 150 cusecs from Raiwada Reservoir and releasing into Sarada River and tapping at Anakapalli through Yellaiah canal which can be connected to Yeleru supply canal. There could be losses as the water has to run 40 km to reach Visakhapatnam.

Secondly, he suggested drawing of 100 cusecs from Tandava Reservoir through Tandava left main canal and connect it to Yeleru canal. The expected realisation of water in Visakhapatnam will be 30 mgd.

The expert also suggested eight transit reservoirs could be developed along with Polavaram left canal. They include Gopalapatnam Ava near Payakaraopeta having one tmc capacity, Cheelika near Nakkapalle 0.5 tmc capacity, Ponduru near Kotauratla mandal having two tmc capacity, Krishnapatnam one tmc, Yedlagedda 0.5 tmc, Seshugedda 0.5 tmc, Penjeru 0.5 tmc and Kondakarlava near Anakapalli two tmc.

These transit reservoirs can be completed by 2018. As Polavaram left main canal is taking care of Visakhapatnam water supply needs, the present Yeleru canal can be converted into irrigation canal and ayacut available between Yeleru canal and Polavaram canal, 1.3 lakh acres can be irrigated, Satyanarayana said.