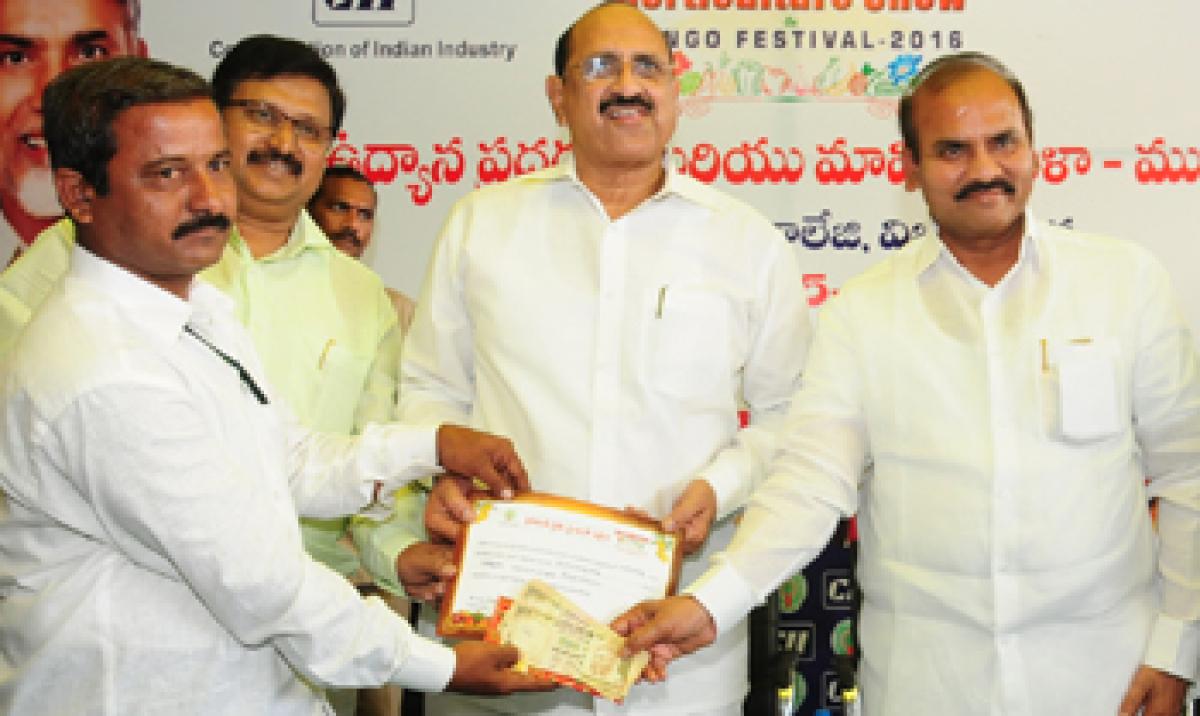 Nearly, 150 varieties of mangoes were displayed at the fest.

Vijayawada: The first horticulture show concluded on a grand note here on Wednesday with Minister for Agriculture Prathipati Pulla Rao giving away prizes to farmers, who came up with variety of mangoes that were displayed at the Mango Fest that was conducted as a part of the horticulture show. Nearly, 150 varieties of mangoes were displayed at the fest.