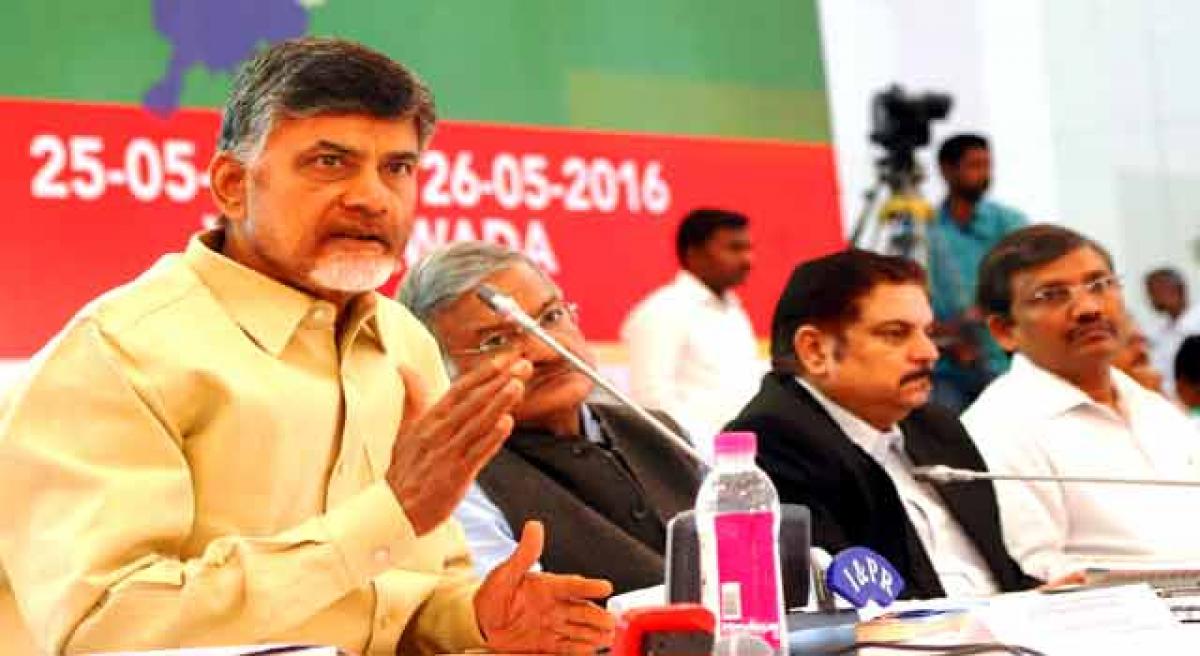 People are committing more sins. When they face trouble as a consequence of these sins, they seek God’s help. They visit temples and pray.

Vijayawada: “People are committing more sins. When they face trouble as a consequence of these sins, they seek God’s help. They visit temples and pray.

It does not end there, they offer money. It’s a reality,” said Chief Minister N Chandrababu Naidu during his inaugural address at the two-day conference of District Collectors here on Wednesday.

"Not just temples, people were visiting churches and mosques for solace. Many people would have gone insane if there were no temples, churches or mosques," he said. At the same time, he pointed out that sale of liquor was coming down, resulting in reduced income to the state.

"More people are taking Ayyapa 'deeksha' and other such deekshas. They abstain from liquor consumption during ‘deekshas’. This reverence for God has made liquor sales go down," he observed in a lighter vein.

However, Naidu said that there was a positive side to it. Indian family system is appreciated the world over. People were getting attracted to the Indian family value system where all members have strong bonding.

The foundation for the Indian family value system is the spirituality. In the backdrop of this strength, the Chief Minister suggested the Collectors to make all-out efforts to promote temple tourism.